Electronic
comments
The Garden Party leeds has been a staple event within Leeds' clubbing calendar ever since 2005 and was originally The Faversham Garden Party. The brand began as a collaboration between two of Leeds' clubbing brands, Asylum and Technique.

The Garden Party is a chance to soak up the last of the summer sun over August bank holiday weekend and allow you to listen to some of the greatest electronic music acts from around the world. The festival is located in the heart of the University of Leeds Campus which means it's always a buzzing event. 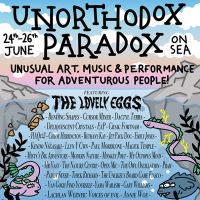