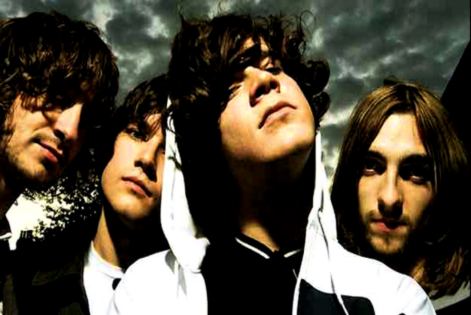 We are delighted to announce the last acts to be added to the already extensive list of live acts performing at the Great Escape Festival in Brighton.

Cheeky chaps The View will bring their own crowd-pleasing take on indie-pop to Brighton, playing future hits, and tried and tested favourites. Expect euphoric recall courtesy of The Guillemots who regroup with ringleader Fyfe Dangerfield to air new material from the forthcoming third album.

Two of Austin, Texas’ finest exports join the bill. First up Okkervil River will be taking us on their journey from ear candy to veiled audio violence, to the sea, up to the highest mountains and back again. Also playing are White Denim whose punk-infused, psychedelic blues-rock never fails to deliver live. Black Devil Disco Club were discovered by Aphex Twin and The Chemical Brothers some 30 years after the release of his first tracks.

The legendary crooner of space disco is finally back with a new album and brings it to Brighton…Beardyman needs little introduction having compared many a festival these past couple of years. His unique vocal dexterity winning him fans around the world.  Expect man-made re-rubs, re-edits, and layer upon layer of cheeky aural wizardry.

Anna Calvi is one of the names on the tip of everyone’s tongue to break through in 2011. Seeing her brand of big, challenging pop songs is sure to be one of the hottest shows at The Great Escape.

The Black Lungs is a side project of Alexisonfire guitarist, Wade MacNeil. Wade is the lead singer of this band, reminiscent of his first punk rock band Plan 9. Dirty but as addictive as Marlborough Reds, these St Catherine’s residents will be flying the Canadian flag in Brighton. London trio Factory Floor are raw, chaotic, fantastic and different. Everything you could want from a new band. Critics and the public alike have been flocking to their industrialized and synthesized live shows. Watch it go off.

Grouplove are favorites of the NME, and their take on California is as forward thinking as it is inspired by the classic harmony groups of yesteryear. Packed to the rafters with energy and good vibes, they are set to bring some proper sunshine to Brighton beach! Once again proving that artists get deals off the back of The Great Escape, King Charles has, since his incendiary performance at last year’s event, been snapped up by Universal in the states, and has been recording his debut album in LA. His unabashed twist on colonialist folk has to be seen to be believed.

The Great Escape Festival takes place in Brighton and has established itself as one of the leading events in Europe for showcasing new talent from around the world. With more than 350 artists performing across 34 venues over three days between 12-14 May.