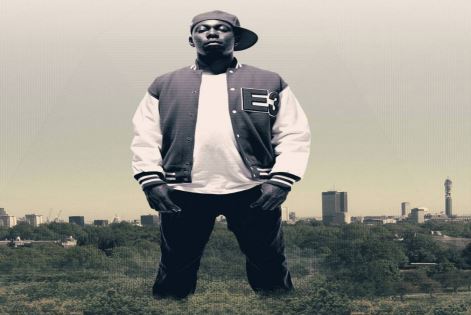 As one of British music’s most recognised voices, South West Four is extremely excited to welcome Dizzee Rascal as the next monumental act for his SW4 debut.

Having revealed the first set of acts joining us on Saturday 27th August, the response to day one of the prized asset of London’s clubbing calendar has been incredible. Showcasing the biggest and best names from the worlds of drum and bass, house and garage, artists so far announced for SW4 Saturday include Rudimental, DJ EZ, MK, Netsky Live and Gorgon City.
With the SW4 Saturday pre-sale so far enjoying a phenomenal uptake and with tickets due to increase in price on (Fri 26th Feb) at 9am.
Having specifically chosen South West Four for his exclusive London summer performance, we’re thrilled to announce that the platinum selling, record-breaking superstar Dizzee Rascal will finally join us on Clapham Common. Responsible for inspiring a generation with his innovative and energetic classics, we’re pleased to welcome a true British great for an unmissable performance.
Celebrated as one of the industry’s most decorated artists boasting numerous awards including the Mercury Prize, Brit and NME to name just as few, the arrival of Dizzee to SW4 is huge. His outstanding back-catalogue has seen him parade his touch across all four corners of the globe, securing his place amongst the dance music elite. After producing some of the most popular albums of recent times from 2003’s award-winning ‘Boy In Da Corner’, to 2007’s ‘Maths + English’ and 2009’s ‘Tongue In Cheek’, his talents are second to none. His ongoing list of chart-dominating singles also speak for themselves from the original ‘I Luv U’, ‘Fix Up Look Sharp’, and ‘Stand Up Tall’, through to working with Armand Van Helden on ‘Bonkers’, Calvin Harris on ‘Dance wiv Me’ and DJ Fresh on ‘How It Begins.’ His success is truly one of a kind.
Joining us as the very special guest on our outdoor main stage for his first London festival appearance in over three years, it’s clear that this is a hugely important date in Dizzee’s already stellar career. Confident that he’ll bring to the Capital one of the biggest live performances ever witnessed at our festival, this is one set which will rank amongst the most anticipated of the weekend. SW4 please welcome a London original; Dizzee Rascal.
SW4 SATURDAY LINEUP SO FAR…
Rudimental [Live]
Dizzee Rascal [Live]
DJ EZ · MK
Plus in alphabetical order:
Amine Edge & Dance
Bondax [Live]
CamelPhat
Flux Pavilion [Live]
Friction
Gorgon City
Kidnap Kid
MistaJam
Netsky [Live]
Noisia
+ MANY MORE TO BE ANNOUNCED ACROSS 4 STAGES

Published on 26 February 2016 by Wayne Feltham