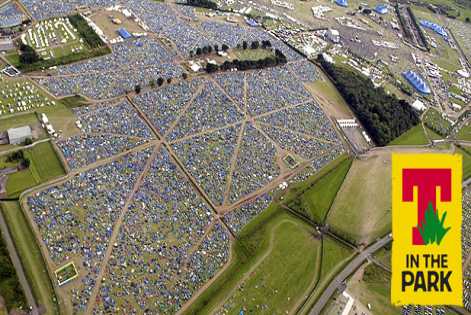 Undefeated champions of British electronic music, Orbital get back in the ring in 2012 with Wonky, their first new album in eight years. Both timeless and contemporary, heart-warming and exhilarating.

The Slam Tent is back in full force to celebrate 16 successful years at T in the Park and it’s with huge excitement that organisers DF Concerts and founding partner Tennent’s Lager announce Orbital who will headline the Slam Tent on the Sunday and that Paul Kalkbrenner, Gary Beck and Hans Bouffmyhre also join the slammin’ Sunday bill.
DJ Yoda joins the Saturday line up and for the very first time, the Slam Tent will be open from the Friday with Sven Väth and Slam at the helm, playing extra-long sets from 5pm until midnight to bring the big club atmosphere straight into the tent across the weekend of 6th – 8th July.
Undefeated champions of British electronic music, Orbital get back in the ring in 2012 with Wonky, their first new album in eight years.  Both timeless and contemporary, heart-warming and exhilarating, Wonky puts a vividly modern spin on their signature blend of richly melodic, deeply emotive electronica.  After seven albums and more than fifteen years together, Orbital took themselves off the scene in 2004 for five years but this only increased demand for their emotionally uplifting music, especially their legendary live shows in front of huge festival crowds.  Orbital first played T in the Park with a stunning set in the Slam Tent in 2002 and a decade later they return for what is certain to be one of the seminal music moments of the summer, showcasing festival-rocking anthems in the making as well as vintage live favourites such as Chime and Belfast. Revitalised, rebooted and reunited, Orbital are ready to reclaim their title as lightheaded lords of the dance arena, at T in the Park 2012.
With his 2010 European tour boasting in excess of 100,000 attendees, Paul Kalkbrenner marked a milestone in the realm of live electronic music performance.  The tour followed his acting debut as the fictitious DJ Ikarus in the modern cult classic Berlin Calling and until then, no other musician from Germany had established himself in this genre with such overwhelming response, not just from all the dancefloors, but also in the hearts of newfound fans from beyond the club and techno scenes. Whether behind the decks or infront of the camera, Paul Kalkbrenner’s success story continues to soar and fans are in for a treat when he performs his first ever live set in Scotland, in the Slam Tent at T in the Park 2012.
DJ Yoda is no ordinary scratch DJ.  His seminal How to Cut & Paste series showcased a tongue-in-check mixing style that prompted Q Magazine to declare him ‘one of the top 10 DJ’s to see before you die’. From hip-hop beginnings, DJ Yoda has evolved in the past ten years using his turntable skills and diverse influences as varied as Funk, B-more, Kuduro, Reggae, Drum’n’Bass and even Big Band Swing and Country and Western to make unashamed party music. Trail-blazing into the world of audio-visual, he pioneered a new art form, using cutting edge technology to scratch and mix visuals on top of his DJ sets in the clubs. Fans can prepare for a very special set in the Slam Tent this summer.
Gary Beck is regarded as one of the most prolific and inventive producers in the current electronic music scene. Renowned for his own unique sound, Gary is currently in high demand all over the world. Championed by many of the biggest names in techno, including Pete Tong, Dubfire, Chris Liebing, Len Faki, Nic Fanciulli and Richie Hawtin, Gary is set to release his début album on Slam's Soma Recordings in autumn this year.
Hans Bouffmyhre started off promoting his own party in Glasgow called 'Sleaze' booking and playing alongside some of the world’s best Techno acts. His own releases have gained huge support from the best in Techno, including Richie Hawtin, Dubfire, Adam Beyer, Len Faki, Marco Carola, Steve Lawler, Laurent Garnier, Stephan Bodzin, Joris Voorn and many more. At only 24, the future looks bright for Hans Bouffmyhre.
The Slam Tent is a T in the Park essential for the discerning music lover with a taste for the finest beats around.  Over the years the Slam Tent has hosted juggernaut sets from the likes of Leftfield, Daft Punk, Fatboy Slim, Derrick May, Wu-Tang Clan and Laurent Garnier to name just a few of the performance titans to play stand out sets.  With an atmosphere second to none, a whole extra night to party (Friday) and mind blowing sets a plenty - 2012’s line up is guaranteed to please, way into the night.