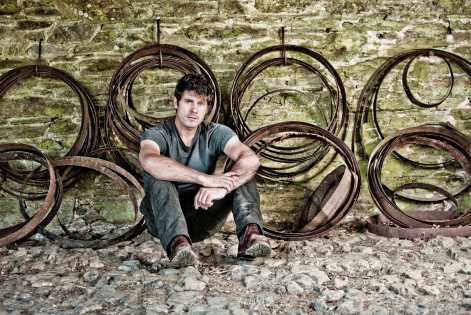 Illustrious folk singer and fiddler Seth Lakeman will be joining the line-up for a special day of folk at the Eden Sessions on Sunday, July 1.

The one-day Eden Sessions festival will be headlined by Frank Turner and the Sleeping Souls, Stornoway, Bellowhead and other luminaries of the folk world.

Seth, who performed on the Biotik stage as part of last year’s Primal Scream Session, has released six albums, included 2004’s Mercury-nominated Kitty Jay and his latest offering Tales from the Barrel House.

Gathering inspiration from his roots, Dartmoor-based Seth went so far as to record one track from Tales from the Barrel House inside a disused Westcountry copper mine. The rest of the songs were created at Morwellham Quay, a mining port on the north bank of the River Tamar, whose cooperage provided the album’s title.

Martin Williams, Marketing Director at the Eden Project, said: “I’m always amazed by the sheer energy of Seth’s performances. He’s a brilliant addition to what will be a day of outstanding music from both well-loved names and fresh-faces on the folk scene.”

Eden’s Inside Track is back for the 2012 Eden Sessions. Members get a guaranteed pair of tickets to each show, with seven days to decide whether to buy them before they go on general sale. As well as priority booking and the latest Sessions news, Inside Track also gives members the chance to win exclusive Eden Sessions prizes.

For all ticket info go to: Eden Sessions