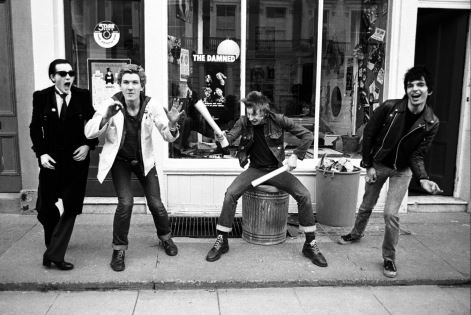 Here at Undercover we are so pleased to be able to finally welcome THE DAMNED to Undercover as the headline act for SATURDAY 20TH SEPTEMBER making this one we are sure many will remember.

The Damned for many are the original 1976 band on the alternative scene, and unlike many of their peers are as popular as ever today 39 years later, we are pleased that unlike other festivals that The Damned play at they are doing a full 90 minute set”.

Monty Oxy Moron the Keyboard player with THE DAMNED (picture attached), “what a great line up - yeah we are really looking forward to this as a great way to end the festival season”.

The festival is one that pride itself on taking an independent and grassroots approach to things, and is always determined to be different from mainstream events.

As the name suggests, it’s an indoors event but with three days of alternative action from bands you’d be highly unlikely to see on many other festival line-ups.

Festival organiser, Mick Moriarty said: “We believe the usual run-of-the-mill festivals tend to book bands that in the main are broadly similar – and way too safe! We try for a line up and experience that is something different and appeals to a crowd not catered for elsewhere.

“Being a small independent grassroots festival is tough because media attention is always on the big boys. But we’ve got through to our third year and we’re going strong because what we have created really has struck a chord with people who like their music raw and full of the passion and energy that only acts like ours generate.”

The festival grew out of a small tent tucked in the back corner of the sadly departed Guilfest and has now become a firm fixture in many people’s diaries, with dedicated fans coming back year on year.