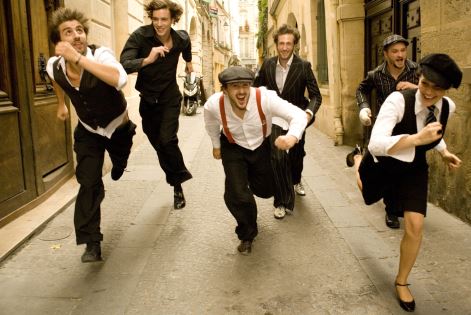 Top of the bill for May-Fair are Parisian electro-swing superstars Caravan Palace, the pioneer of chap-hop Mr B the Gentleman Rhymer, mash-up DJ collective Dutty Moonshine big band who lace bass heavy sets together with a vintage sound and many more.

BoomTown Fair takes place over 13th - 16th August in the Matterley Estate nr. Winchester. With eight individual and distinct districts to explore BoomTown Fair is a very different festival to the norm… Coming from the roots of British and European subculture since it has grown from 1,000 to 45,000 ‘citizens’ in just six years. This ever expanding community are treated to a completely other-worldly experience and are fully immersed in elaborate and carefully crafted ‘film’ sets, where each venue or stage has a position in the overarching storyline that continuously evolves within the world’s craziest city! Hosting a soundtrack from reggae to psytrance, dub to folk, gypsy and jungle there is something for everyone and all ages to discover in a completely new world!

On top of the overarching narrative to the event, each district has its own backstory and May-Fair’s involves a socially scheming husband and wife, Mr and Mrs Fitz-Sloane who pledged to uphold the area’s exclusivity by keeping out the riff-raff and ensuring that only the most well-to-do attend their famed Electro-Swing soirées! But things in BoomTown are never as they seem and as citizens step inside these glitzy façades the Fitz-Sloane’s true colours will be revealed…