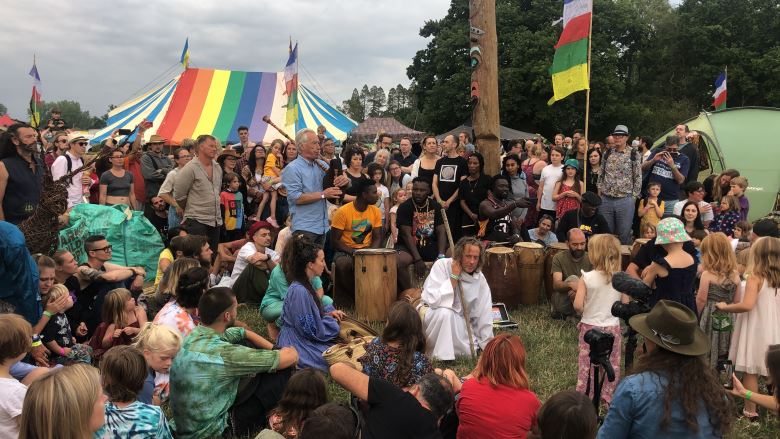 Mid July is hotly contested ground among the many festivals vying for your business in the so called high summer, so why, of all the big players touting their wares on this weekend, would you want to come to little old Chagstock...

This independent festival comes from humble beginnings, as laid out in the personal story written in this years festival programme by organiser Josh.

Is it possible to enjoy a jazz festival without liking jazz? Indeed it is, and believe me I know – I’m just back from Love Supreme and it was a hoot…

One of this festivals main strengths is variety, and as the festival has got bigger, the extremes of that variety seem to get further apart, from the relative normality of the mainstage acts to the Something Else tea tent,

COMMON PEOPLE 2017 – The biggest small festival in the south?

ROB DA BANK’s COMMON PEOPLE is now in its 3rd Year and is located at the beautifully leafy Southampton Common in the heart of the city centre.

A Man in a Balloon, Artsy-Fartsy Fashion and an Alcoholic’s Karaoke. Written by Joshua Perrett, photography by Laurence McManus

Grinagog Festival, 7-9 April 2017 held in the seaside town of Torquay, Devon. A sunny weekend by the sea, consisting of over 200 acts across 15 stages as well as plenty of fun-filled activities and kids entertainment.

BESTIVAL now in its 13th year is one the UK’s most well-known and anticipated events on the UK festival calendar and is located at the stunning robins hill country park on the isle of wight.

It really is a festival within a festival, with a feel like no other, there's even a pub to take shelter in if it all gets too much.

....it could be that word has finally got out after 10 years, that this festival has an individual feel that is all its own, and shouldn’t be missed.

CARFEST 2016: CHRIS EVANS HAS ALL HIS ENERGY IN FESTIVAL FORM

CARFEST 2016: THE BRAINCHILD OF RADIO ICON CHRIS EVANS HAS ALL HIS ENERGY IN FESTIVAL FORM

Beaming a self-satisfied smile across Dartmoor this weekend, was Chagstock festival celebrating 10 years in the business.

What is the best way to describe a Beat-Herder experience? A Midsummer Night’s Dream mixed with mud and music - deep muddy fields and depths of musical variety allow you to sink into this other world of fantastical music mayhem

With four main venues, all bursting at the seams with everything from music, poetry, top class comedians, talks & lectures to yoga, & creative workshops, the art of getting the most from what’s on offer at this festival was in the planning

Like any festival worth its salt, Parklife was for me a wholly spiritual occasion. From my exodus from the wellie shop; the humbling of my expensive, especially purchased outfit by the opening of the heavens;

I began by asking whether you can have a good time alone at a music festival. The answer is most certainly yes, as I think the Isle of Wight Festival is one of the best I’ve been to.