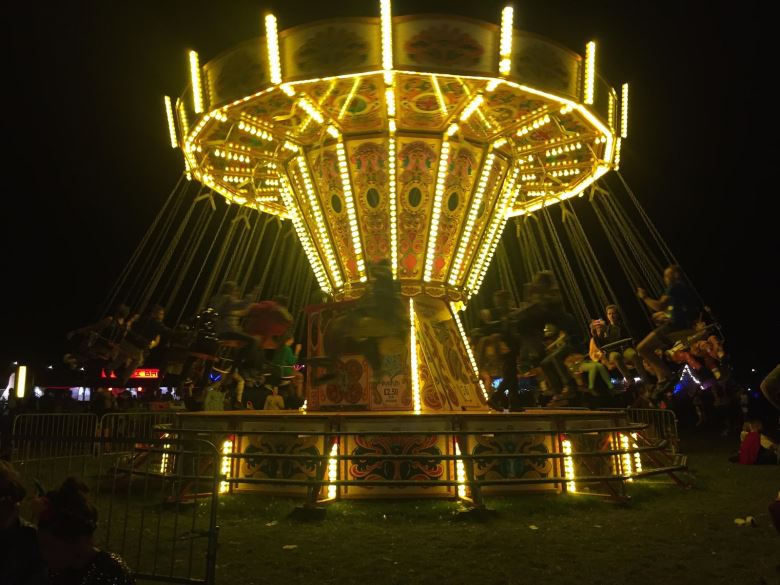 Insects, slow porridge, Thali’s, almond milk, Masala Chai and bio-degradable glitter have never been so hot! Quite literally too, with 2017’s Shambala Festival basking in one of the hottest August bank holiday weekends on record.

For those in the know, Shambala is THE vegetarian/new-age/spiritually enlightened festival to attend each year. To those party goers, music lovers, ravers, yogis, families, and health conscious couples (and the many other groups who would simply love this festival) who aren’t aware of Shambala, this festival cannot be recommended highly enough. Aside from the great varied/alternative music, delicious food, jam packed activity schedule and artistic extravagances – this is about wonderful people sharing/experiencing life, happiness, joy, sorrow and love over 4 wonderful days in an idyllic meadow just outside of Northampton.

With over 10,000 people in attendance this isn’t a small sub-culture niche festival - this is a major living and breathing event with pyrotechnics to boot. The general vibe is ‘do what you feel like’ and therefore has a slightly ‘Burning Man’ feel at times. As a result, if you are slightly squeamish about seeing men / women wandering around or dancing naked then maybe give this one a miss.

One of the things which quickly reveals itself at Shambala is how good the food is. There are countless stalls selling falafel, vege-sushi, dumplings, vege-bacon, thali’s, curries, sandwiches and all sorts of other varieties of completely vegetarian food. In fact, the only meat that isn’t banned from being sold are insects should you be brave enough to try them.

This isn’t the cheapest of festivals considering there aren’t any superstar headline acts (the festival giving greater priority to niche, up and coming or folk acts) - but the value still feels very good. With a plethora of activities, talks, guided meditations, artistic installations, shows and even films to view and participate in you can literally jam pack your entire time there with immersive experiences. Whether you want to sit naked in the saunas, go on a hot air balloon ride or listen to a band named ‘The Chicken Brothers’ - there will be something to keep you fully entertained and entranced.

On top of your ticket, a budget of £100-£300 will cater for pretty much all needs. Although the more budget focused revellers may even leave with money in their pocket with the organisers paying people £10 to recycle their produce at the end of the festival.

Ultimately, this festival is for the more spiritually enlightened individuals and the more you are open to seeing, feeling and experiencing different the better time you will have. That being said, I know plenty of individuals who could do with a long weekend at Shambala festival to reboot their brains. I would go so far to say that this world would be a slightly better place if we all Shambala’d once a year.

Published on 06 September 2017 by Joseph Conlon