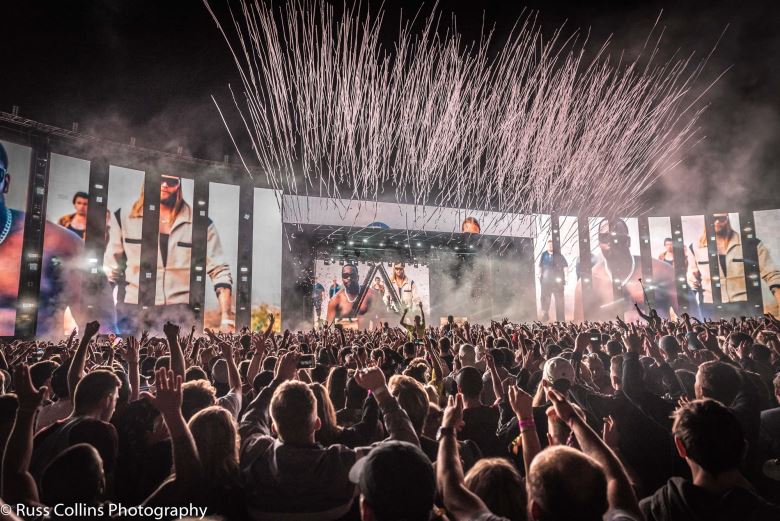 CREAMFIELDS has just celebrated its 20th year as the biggest dance music festival in the UK and is located in leafy green Daresbury just outside of Warrington with an attendance of around 70,000 across its four days across multiple stunning venues.

There is a reason why Creamfields is still going from strength to strength after two decades and wins awards every year. Let me just start off by saying that if you are a dance music fan there is nothing else you will find in the UK that will come remotely close to this event. As a festival photographer I go to lots of festivals and this was my first time here and in terms of presentation, layout, value for money and pretty much everything else this is hands down the best festival in the entire UK I’ve attended to date not to mention crowd shot heaven! (See the gallery) – not just my humble opinion either as last year Creamfields once again picked up the prestigious ‘Best Major Festival’ title at the UK Festival awards as it did in 2015. Will it win again this year? This remains to be seen but I’ll be surprised if it doesn’t.

Creamfields isn’t just a one off UK event, it’s a huge global brand birthed from the Dance label Cream that started out at the Nation nightclub in Liverpool and is the brainchild of James Barton, Andy Carroll and Darren Hughes who started it as a night out for family and friends to party in October 1992. Little did they know back then it would have reached the dizzy heights it’s at now. Check out the website if you want more info on its different events around the globe, one of the most well-known ones being at Amnesia, a huge superclub in Ibiza. They’ve even recreated a replica of Nation as one of the arena’s at this years event as it has been such a key part of the Cream brands rise to global heights.

The mega sized state of the art digital stages and huge dance tents with performances from just about every world class DJ and Dance music act you could think of banging out the latest greatest tunes and mixes accompanied by state of the art lasers, pyro and ice jets galore on a scale you quite possibly won’t have seen before if you’ve never been to a dance music festival in the UK. To top it off the Arc and Horizon stages end with a dazzling fireworks and laser display closing each night.

I arrived on site on Friday in time to catch some of Annie Mac on the Arc/BBC Radio 1 stage who was up to her usual top standards and then saw the first hour of Syndicate resident Danny Howard for a cracking set of ‘big room sexy house tunes’ in his own words and the legendary Armin Van Buuren in the Mega Arena which was not surprised to find was packed solid. It was back to the Arc stage for Drum and bass duo Sigma who burst on to the UK scene with their debut Number 1 hit Nobody to Love back in 2014 which I love.

After food we headed over to the The Steel Yard for a dual act with Eric Prydz and Deadmau5. As expected the stage production and light show was breathtaking and never really being a fan of ‘dual acts’ with big name DJ’s but this exceeded my expectations. The Steel yard is Creamfields most ambitious concept to date and at 20 metres high with a max capacity of 20,000 its huge! a jaw droppingly beautiful leviathan of a structure which is the first of its kind in Europe. They’ve really set a benchmark with this stunning venue. It’s next appearance will be on the 18th and 25th of November on the central dock at Liverpool waters for ‘A State of Trance’ with AVB and the following weekend with Martin Garrix. Tickets and info links are available at the bottom of this page.

On Saturday, we went for a walk round to see what else was offer for the festival goers to find a huge array of different food to account for every palate then we went to check out the Hospitality section -  exceptional. Upon walking in you can instantly see how much effort has gone into its design and it just trounces anything else I’ve seen at other festivals. The layout and design is gorgeous with comfy sofa’s everywhere and has its own DJ and dancefloor, two bars and selection of eateries. Hours of planning has gone into this and it shows. I can understand why people are put off by the additional cost for 'VIP' upgrades because some I’ve seen are quite frankly rip-offs but it appears to be as if that the designers have gone into this from its inception with the question ‘Would I be happy that I’ve paid for an upgrade for this’ and the end product is the best VIP area I’ve seen to date at a festival.

Boutique Camping - Again, the standard of accommodation available here was outstanding. Huge yurts and teepee style tents with real beds inside up to luxury chalets with big double beds at a standard i’ve just not seen at any other festival.

Saturdays lineup was again incredible and the blistering hot sunshine made for what I can only describe as a magical atmosphere -  with way too many acts to mention but ones that stood out for me were Armin Van Buuren’s second set of the weekend on the Horizon stage, Nicky Romero, Dimitri Vegas & Like Mike and Headliners for Saturday night Axwell and Ingrosso on the Arc Stage which is the main photo for this article and Deadmau5’s solo act on the Horizon stage at the same time. Deadmau5’s digital cube is a sight to behold and Joel still wears his trademark mouse ears that caused much controversy back in 2015 when Disney tried to sue him for ‘similarities’ with a certain well known character of theirs! The dispute has since been resolved amicably.

Sunday was once again epic with Sister Bliss, Fatboy Slim and then Martin Garrix closing the Horizon Stage, The Pepsi Max Arena was Paul Van Dyk, Paul Oakenfold and Ferry Corsten and over on the Arc Stage was Hardwell followed by Tiesto closing the Arc stage which is where I chose to see Creamfields 2017 out.

Creamfields 2017 20th Anniversary was so big it’s simply impossible to cover even a fraction of what was on offer but I hope this gives some insight into just how magnificent the weekend was. A rumour has it that Creamfields 2018 is to be the biggest year yet. I just cannot wait to find out what that looks like!

Use Code “Creamfields” for a £50 per booking discount. T&C’s Apply – Please visit WEEKENDER.CREAM.CO.UK for more info.