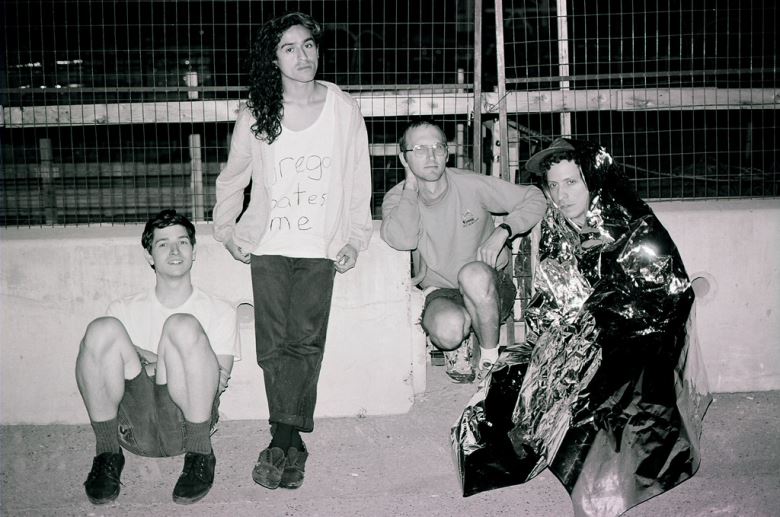 There are several bands with the name Weed:
1) A hard rock/heavy psych band from Germany, they only released one album, titled Weed...!, in 1971. This is the Weed responsible for the songs "Sweet Morning Light, "Lonely Ship," "My Dream," "Slowin' Down," "Before I Die," and "Weed."
(Info from Crack in the Cosmic Egg)
Between the release of Uriah Heep’s albums “Salisbury” and “Look At Yourself”, in 1971, Ken Hensley went to Germany to record an album for a project simply called “Weed”.
This “concept” album related to an infamous rock’n'roll habit! Unfortunately the album sleeve didn’t list the line-up. Aside from Ken Hensley, some members of the 1970/71 Virus line-up were also involved, Bernd Hohmann and Werner Monka at least and possibly their rhythm section as well. All six tracks were composed by the concert promoter Bobo Albes and Phillips’ household producer Rainer Goltermann made sure the sessions in the Windrose Studios in Hamburg were preserved for posterity. The album comprised straight-forward heavy progressive blues-rock with twin guitars and organ to the fore, culminating in the excellent, long instrumental title track. Weed can be compared to other German heavy progsters of the era, such as Zarathustra, Blackwater Park, Epitaph and Armaggedon, as well as Ken Hensley’s similarly obscure (Head Machine) album Orgasm dating from 1969 or 1970.
Track List:
01. Sweet Morning Light
02. Lonely Ship
03. My Dream
04. Slowin’ Down
05. Before I Die
06. Weed
2) This is the world class Vancouver WEED. They're the sludgefest that bleeds through the brick as you walk past your neighbor's vibrating house, that band you hear blaring through the walls of your cooler older brother's bedroom, the music you listen to on your walk home from the bus at night as you think how dismal youthood is or how maybe even just how fucking great it can be. WEED is all ages scum.
Releases:
2009 - To the North EP
2010 - DC Hope EP
2012 - Gun Control EP
2013 - Deserve
3) An elusive producer billed as +++WEED was included on Astro Nautico label's 2009 Atlantics compilation. Genre categorization is difficult, but the music can be described as psychedelic abstract hip hop, or experimental electronic. Hints of lo-fi recording, vintage ephemera sampling, and hazy, stoned out melodies.
***********************************************************************************
About another music project called Weed:
Husband-and-wife team Dan and Cristina Handrabur, who were both born in Bucharest and fled Romania to live in Geneva, though they did not meet until they were both students in Geneva.
Dan was born in Bucharest, Romania. He began violin and classical music training at an early age. Even earlier he began a lifelong fascination with tape machines and tapes fed in backwards, the distant transmissions of Radio Free Europe coming through distorted frequencies and the phasing effects one can create by playing with a short wave receptor.
Granted a scholarship to study at the Conservatoire de Geneve at only sixteen, Dan sought music everywhere, spending time in record shops, meeting DJs who soon led him into clubs. Earning a set of Technics DJing at the landmark Club 58 on the resident's days off and soon after dropping out of musical studies and college to work odd jobs in order to acquire a Korg synthesiser and a Roland beat box, Dan was on his way to making reality out of the dream of composing and producing electronic music.
Drawn together by similar tastes in music and art, Dan and Cristina fell in love. Dan moved with his family to Toronto, Canada, shortly after his graduation; a year later, Cristina joined him, they married and later on they collaborated on music. Having relocated to Canada, he quickly became known among a new electronic music community that had grown in early nineties Vancouver, more in touch with Detroit and Uk.techno, Ambient, than the Industrial sounds this city is more readily associated with.
A string of projects followed: Outersanctum, Floatpoint, Vuemorph, Mere Mortals, Off and Gone, Weed.
As Weed, they blend ambient, psychedelic, trip-hop and electronica elements into their own unique musical blend and top it with Cristina's distinctive vocals.
In 1999 he returns to native Romania for a visit and decide to settle in a mountain village where life is as it was two hundred years ago. Horse drawn carriages, wooden stoves, secular traditional customs and lots of fresh air, the home of Outersanctum Studios.
He continues to produce albums, tours in Europe and hopes to be able to travel to India to learn the techniques of indian violin playing as well as the sarangi, an ancient, almost rudimentary stringed instrument with a distinctive sound.
To listen, share or to buy our album Hard to kill from Weed, please go to:
http://www.amazon.com/Hard-Kill-Weed/dp/B00000ID4V
To listen, share or buy our second album Visionary sessions by Weed, you can do it right here:
http://weed3.bandcamp.com/