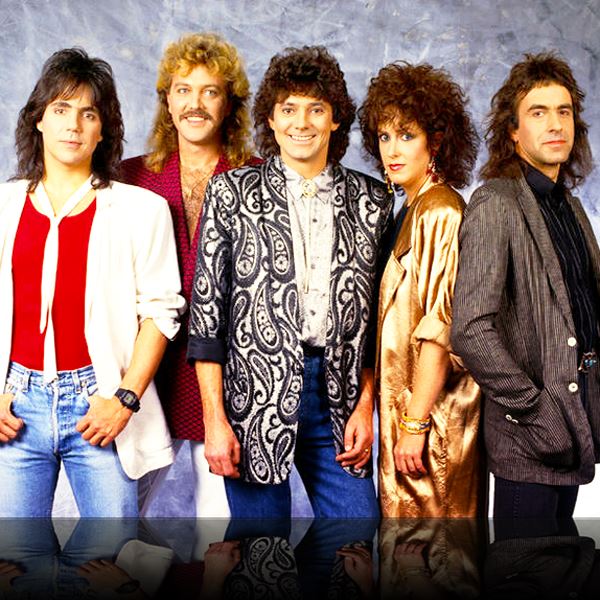 Starship is an American pop/rock band best known for their hits "Nothing's Gonna Stop Us Now" and "We Built This City" that operated from 1985 to 1989, reforming in 1992 although featuring just vocalist Mickey Thomas. In 1984, singer-songwriter Paul Kantner left the San Francisco, California group Jefferson Starship. His former bandmates wanted to continue with that name, but Kantner, as the last founding member of Jefferson Airplane, took legal action over the "Jefferson" name. Kantner settled out of court and signed an agreement that neither party would use the names "Jefferson" or "Airplane" unless all members of Jefferson Airplane, Inc. (made up of Bill Thompson, Paul Kantner, Grace Slick, Jorma Kaukonen, and Jack Casady) agreed. The band then took the name "Starship". Keyboard player David Freiberg, who had been increasingly marginalized, left as well.
In contrast to Paul Kantner's more experimental and progressive rock direction, Starship moved towards a sleek arena rock direction reminiscent of contemporaries Foreigner and Journey. In 1985, the band, based primarily around dual vocalists Mickey Thomas and Grace Slick, released 'Knee Deep in the Hoopla' and immediately scored two #1 hits. The first was "We Built This City", written by the team of Bernie Taupin, Martin Page, Dennis Lambert, and Peter Wolf (producer), which was inspired by Bay Area rock n roll station KSAN-FM.
That song was trashed at the time by Kantner and later criticized by co-singer Grace Slick, and it was later declared to be the "worst song of all time" by Blender magazine. VH1 also named it the number-one "Most Awesomely Bad Song" on a top-50 countdown co-sponsored with Blender. However, it became something like a 'signature song' for Starship and has continued to receive major airplay. The band's second #1 was "Sara"; no previous incarnation of Jefferson Airplane/Starship had had a #1 hit. 'Knee Deep in the Hoopla' itself reached #7, went platinum, and spawned two more singles: "Tomorrow Doesn't Matter Tonight" (#26), and "Before I Go" (#68).
In 1987, "Nothing's Gonna Stop Us Now" was featured in the film 'Mannequin' and hit #1, although only Slick and Thomas (plus Craig Chaquico's guitar solo) appeared on it. This song made Slick the oldest female vocalist to sing on a number-one Billboard Hot 100 hit, at the age of 47 (a record that she held until Cher broke it at age 53 in 1999 with "Believe".) The following year, with the new members Mark Morgan (keyboard) and Brett Bloomfield (bass) added. the band's song "Wild Again" (which reached #78 on the Billboard singles chart) was used in the movie 'Cocktail'.
By the time 'No Protection' was released, bassist Pete Sears had left. The album went gold and featured the hits "Nothing's Gonna Stop Us Now" (#1), "It's Not Over ('Til It's Over)" (#9), and "Beat Patrol" (#46). In addition, the last song on the album, "Set the Night to Music", would later become a huge hit when re-recorded as a duet between Roberta Flack and Maxi Priest.
Grace Slick left Starship in 1988, having become disillusioned with the band's drift towards a strongly commercial pop image and swearing never to perform with them again. The revamped Starship lineup, featuring Mark Morgan (keyboards) and Brett Bloomfield (bass), released 'Love Among the Cannibals' in 1989. Finding their commercial prospects waning, the group finally disbanded the following year.
In 1992, vocalist Mickey Thomas revived the band, originally using the name "Mickey Thomas' Starship". Gaining some praise for his live performances, he changed the name to "Starship featuring Mickey Thomas". Lately, the band often refers to itself simply as "Starship", though with Thomas being its only consistent member. In September 2013, the group released their first new studio material in over two decades, putting out the tune "It's Not the Same as Love".
Their official website can be found at www.starshipcontrol.com.