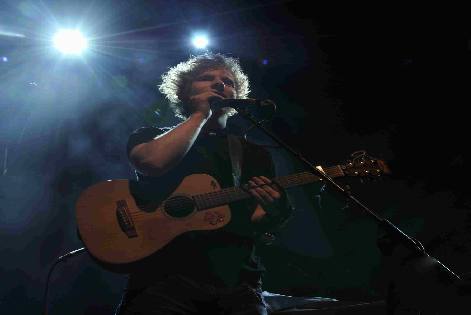 Prior to the dot to dot I was in much anticipation of what to actually expect as the venues and locations were significantly different to any sort of festival I had ever experienced before. The day didn’t get off to the best start with the weather proving to play up as per usual to any sort of event held in Manchester, however the fact that the festival was being held in doors proved to overcome the problem.

As we arrived to the main venues within the Academies at the University of Manchester’s student union, we were unsure as to whether or not we’d got the location right as it seemed slightly deserted. There were hardly anybody about and absolutely no buzz in the air, the festival was already lacking the two key ingredients: people and atmosphere. We went inside to get a drink, some food and an all-round feel as to what the crowd would be like, something which shocked us further. It was just like an ordinary day in the union people sat around chatting, chilling out, some even sat reading. There were no clues pointing to the fact that there was a music festival going on inside this same building which these people had paid to come and see, yet some would rather be sat reading away from the hustle and bustle.

Although the décor of the union was a lot nicer than most it didn’t quite provide the atmosphere we was expecting. There were also no queues (extremely rare of the stereotypical festival) but a bit of bonus as we weren’t stood around waiting to be served.

To start with we watched Manchester based band Golden Glow. They seemed to put no effort in whatsoever, having no connection with the crowd and making me feel quite awkward watching them if I’m being honest. Following that situation we headed towards the Club Academy to see Danish band Veto who were a huge improvement on the previous, their electric beats filled the room and the crowd loved them.

A bit of a different experience was provided by new up and coming band Niki and the Dove, providing psychedelic sounds, the band did not cater to everybody’s tastes as I overheard quite a number of people leaving the room describing them as “weird”.

Following yet another drink we went to listen to the chilled music of To Kill a King, who I personally loved. Their style was very country/ folk if you love the likes of Mumford & Sons or Kings of Leon then these guys are a definite must see.

Ed Sheeran provided another memorable performance later in the day. Although I had never actually heard of him prior to the event, he did seem to have an army fans (particularly screaming girls) giving me the impression that this guy along with his guitar are going to be huge.

The day did improve the later it got but my overall impressions of dot to dot were not great. Although there were some amazing artists playing I would never have thought it was Dot to Dot’s seventh year running. The event proves to be extremely poorly marketed in comparison to Manchester’s younger festivals like Parklife and Friends of Mine which in my eyes are much more successful.