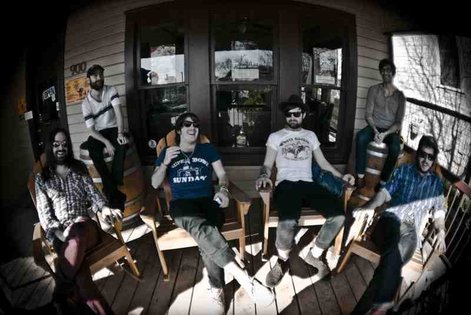 Treetop Flyers lead roll call of emerging talent winners to appear at Glastonbury 2011, also added My Tiger My Timing, Louise and the Pins and more.

All eight acts which competed in the finals of Glastonbury Festival’s Emerging Talent Competition last weekend have won slots to appear at the Festival over the weekend 24 – 26 June. The finals, held at the Pilton Working Men’s Club, saw an exciting range of new performers from across the musical genres.
Over 7,500 entries were received, from which a final lucky eight were invited to perform before a panel of judges including Festival organiser Michael Eavis, Emily Eavis, broadcasters and Festival stage bookers. The competition was free to enter and the first round of judging was done by 40 of the UK’s best music bloggers.
The finals were streamed live on the Glastonbury Festival website, with over 1,900 people tuning in, roughly the same as the capacity crowd at a major live venue.
The winners, Treetop Flyers, will play their vibrant folk-rock on Glastonbury Festival’s prestigious Other Stage.
Other successful slots were won by:
My Tiger My Timing (John Peel)
J-Treole (Dance Village)
Louise and the Pins (Avalon)
My First Tooth & Emily and the Woods (Acoustic)
Twin Brother (stage to be confirmed)
Tristram (stage to be confirmed)