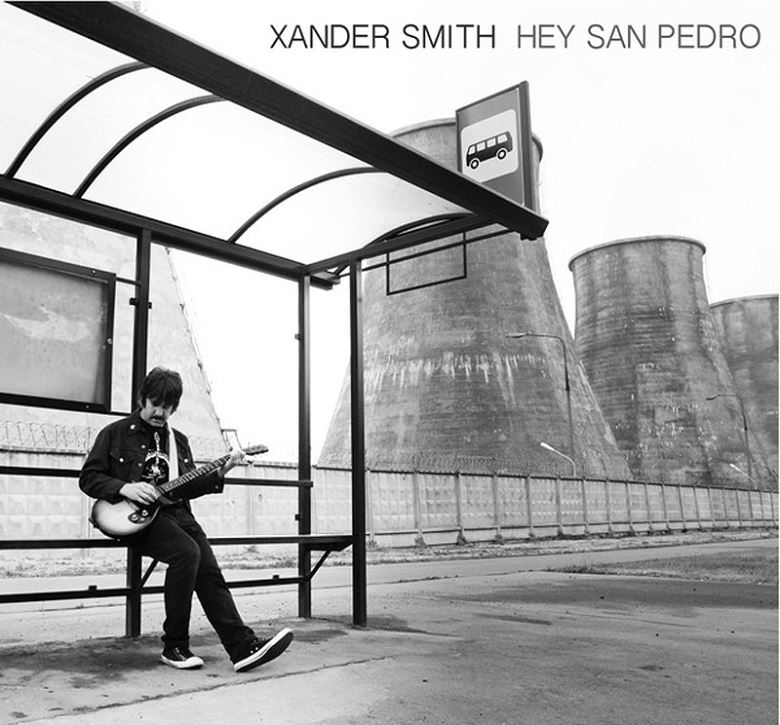 Xander Smith was born Alexander (Sasha) Wolton in Santa Monica, CA. He was named after his grandfather, Sasha Wolkenstein- an Austrian composer/violinist. At 10 years old, Alexander's father died, and he retreated into music - playing the guitar all the time and writing his own songs. By 12, he was already trying to form rock bands while other kids were busy playing sports or spin the bottle. After high school, he studied Philosophy at UCLA. Alexander was soon shortened to Xander, and he then took his Mother's maiden name, Smith, for his last name.
Over the next several years, Smith was involved in many projects. He first fronted the alternative, psychedelic goth band, Chalk Circle, with his college mates (including Jessy Greene- violinist of the Foo Fighters/Peter Himmelman). After that, Smith toured Europe as the guitarist for Danielle Brisebois (Epic). Next, Smith partnered up with Jennifer Finch (L7/The Shocker) to form OtherStarPeople, which signed with A&M records and recorded with legendary producer Roy Thomas Baker (Queen/The Cars). When A&M was absorbed by Interscope records, OSP became a casualty, but Smith's/Finch's songs made it into the film 'Office Space' and TV shows, 'The Real World', 'Buffy, The Vampire Slayer', CBS sports and the theme song for VH1 classic video showcase.
From 2000 to 2003, Smith was the musical director for L.A.'s monthly phenomenon Club Makeup, whose highly rated special on E! Entertainment featured Smith's original songs, relaunched Glam rock, and showcased now world-renowned drag queens/actors/bands Hedwig, Orgy, The Cult, Alexis and David Arquette, Andy Dick and Ice T. Since 2003, Xander Smith has been the frontman and band leader of Run Run Run. This indie shoegaze rock band has released 2 cds and 4 EPs in the U.S., Canada, Australia and Russia, has toured throughout the world, playing with bands such as the Strokes, X, The Walkmen, Psychedelic Furs, Zombies and Mumiy Troll, and headlined Red Square in Moscow in 2010. As a guitarist/multi-instrumentalist, Smith has also shared the stage with Linda Perry, Rickie Lee Jones, The Runaways, Adam Lambert, Dee Dee Ramone, The Violent Femmes and the Nymphs.
In 2012, Xander Smith stood alone for the first time as a singer/songwriter - writing and recording songs that are reminiscent of his earliest influences: the Big Sur sound of the early 1970s, New Zealand’s Neil Finn, Astrid Gilberto from Brazil, George Harrison and the Russian chansons from Siberia. His first solo album 'Hey San Pedro' was released in early 2012.