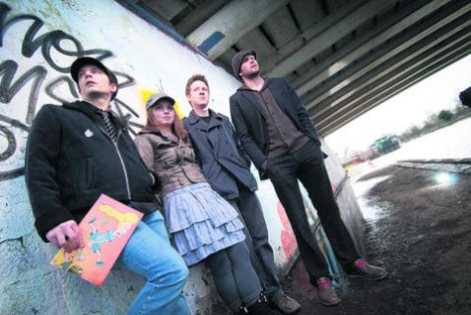 Riverside Festival may not have the starry Iine-up of a Reading or Glastonbury, but when it comes to the feel-good factor Riverside beats them hands down.

Oxfordshire’s favourite family-friendly festival is back by popular demand!
It’s not just the idyllic setting beside the Evenlode river in the Cotswold town of Charlbury that makes Riverside so special, nor the easy-going atmosphere, great music and good food. In these straitened times what makes Riverside  exceptional  is that it’s totally FREE!
Come midday on the third Saturday in June, this year, as every year, families and groups of friends will descend on Charlbury’s Millfield, with their collapsible chairs and picnic blankets and, hopefully, suncream, for the start of a weekend of snacking, chatting and music. Now in its 17th year, Riverside  has become a major fixture in Oxfordshire’s music calendar, with more than 30 acts playing across two stages. Despite the work involved and the cost of putting on an event of this size, the festival is still run entirely by volunteers and still free for all to enter. It’s a truly family-friendly festival, with a dedicated kids’ area kitted out with a bouncy castle and activities. Last year over 5000 people attended Riverside and the organisers are expecting similar numbers this year.
THE MUSIC
Riverside has become a ‘must-play’ festival for the cream of Oxford bands and this year the organisers are working on an amazing line-up.  Confirmed acts include Black Hats, Blin’ Jonny, db Band, Deer Chicago, Smilex, Tamara and the Martyrs, The Brickwork Lizards, The Epstein, The Inflatables and The Mighty Redox
NEW FOR 2012
THE RIVERSIDE FRINGE
Riverside goes Street with the Battle of the buskers – the audience decides
This year Riverside invites anyone with talent, young or old, professional or amateur to compete for the title Riverside Street Star. Whether their talent is stand-up comedy, juggling, streetdance, snake charming, story telling or even just standing still as a statue, their mission will be to win as many Riverside tokens as possible. Each festival goer can pick up a token on their way in and drop it in the hat of their favourite busker. At the end of the weekend whoever has the most tokens wins the title and an appropriate prize. Anyone can take part, but to be assured a time slot register before the event by sending your name, a one line description of your act and when you’d like to perform to buskers@riversidefestival.charlbury.com.
HOW TO GET THERE
Location: The Mill Field, Dyers Hill, Charlbury, Oxfordshire  OX7 3QG
Entrance to the Festival site is down Mill Lane, virtually opposite Charlbury railway station. The station is on the First Great Western London Paddington to Hereford and Worcester line, 15 minutes from Oxford. On the Saturday there are buses to and from Oxford, Woodstock, Witney, Chipping Norton and Banbury to the centre of Charlbury, five minutes walk from the Festival.
WHERE TO STAY
No camping onsite but local campsites are available. For information on these and  local hotels and B&Bs visit www.charlbury.info