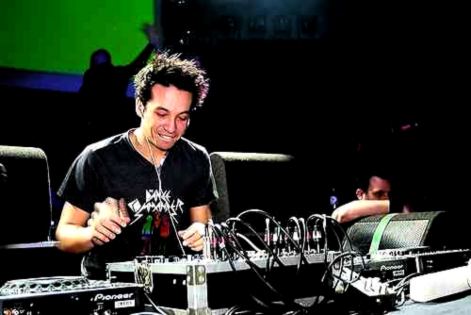 Rocketing onto the MAINSTAGE is the Midas of house music LAIDBACK LUKE! Supercharged with all the big blockbuster beats he can lay his super hero hands on, LUKE will be tearing things up at this year’s festival where he will be joined by Road to RockNess Headliners, THE JAPANESE POPSTARS.

Also joining the Main Stage over the weekend will be THE BOXER REBELLION, MORNING PARADE and the sonically adventurous outfit hailing from Kilsyth, TWILIGHT SAD.

Exciting new additions to the ARENA line up include the hottest Dubstep duo of the moment and Beatport heroes NERO, and ready to shake the loch to its core with his bass bin crushing dance floor beats is the revolutionary SKRILLEX!

Get ready for a hilarious and screw-face inducing roller-coaster ride through the twisted mind of BEARDYMAN and then get stunned by Drum & Bass debonair SUB FOCUS whose adrenalin-fuelled-audacious LIVE performance is going to get the crowds jumping.

The ARENA also welcomes Glasgow rock outfit SONS AND DAUGHTERS, and Edinburgh’s finest, BROKEN RECORDS, bringing their gargantuan joyous Scottish 7 piece sound to astound the masses.  As well as London’s alt-indie quintet CHAPEL CLUB, the unconventional and genre defying JIM JONES REVUE, DOG IS DEAD and SOUND OF GUNS.
ROCKNESS is thrilled to introduce an electrifying new addition to the festival, the ROCK N ROLL CIRCUS.  This brand new structure for 2011 is set to take you on an all encompassing musical journey that will enlighten and excite any true music fan. The arena will open by showcasing cutting edge emerging artists and truly magnificent talents in the music scene right now and as the sun sets it will be transformed into a full on-unadulterated hedonistic RockNess club experience taking you into the early hours!

So on entering the festival make your first stop across the weekend the ROCK N ROLL CIRCUS, where you will get sucked in by a band described by ‘Popjustice’ as a “Delicately swooshy fairytale electropop with a glittercanon where its heart should be” – SOUND OF ARROWS and we introduce a prolific songwriter with an extraordinary vocal talent, SAINT SAVIOUR


As night time rolls in the ROCK N ROLL CIRCUS will then be transformed into a festival CLUBBING experience like no other by indie club phenomenon PROPOGANDA who take their show to over 20,000 people every week in the UK, Ireland and Australia.  DJ DAN, Propaganda creator and Oasis after show DJ, is guaranteed to keep you dancing and singing along to the best new and classic indie music.  Be a part of the biggest guilt-free arms-in-the-air FRIDAY night opening party ROCKNESS has ever seen!

After the Friday night debauchery the ROCK N ROLL CIRCUS will be the perfect setting to ease yourself back into the SATURDAY with incredible music from one of the ‘must see’ acts of 2011, JAMIE WOON, who has received huge critical acclaim for his music and is already set for big things in the coming year.  And if you haven’t heard of one of the UKs most in demand enigmatic artists WOLF GANG, we highly recommend getting him on your ROCKNESS ‘ones to watch list’.

SNAFU seize the reigns and pull in the help of two of their favourite DJs and producers to ensure their first year of the ROCK N ROLL CIRCUS goes off with a bang.  Headlining the SNAFU stage is France's most wanted radio host and selector - IVAN SMAGGHE - who stands at the crossroads between glamorous Parisian hype and musical integrity, best known for his techno, electrohouse, minimal sounds and past projects with BLACK STROBE... perfect festival fodder! The Fidget King JESSE ROSE is on board, and he's guaranteed to be dropping his MADE TO PLAY big tunes to truly get the party bouncing.  Completing the Snafu sound are Glasgow's BIGFOOT'S TEA PARTY with CHRISTOPHER KELLY and REDUX, and Snafu's MOTHERSHIP with resident ADAM ACKERS.

SUNDAY NIGHT will take a turn in to insanity as we close the festival by cordially inviting you to ‘AN AUDIENCE WITH THE CUBAN BROTHERS’ . The Rock Ness Legends will be bringing a whole host of famous friends to create their hilarious mix of havoc, mischief and mayhem.


Festival Director, Jim King said, ‘We think this is a great announcement and shows the strength in depth of this year's line up. Laid Back Luke is one of the most exciting Djs of the last 2 years and its great to welcome him, Nero, Skrillex and Sub Focus to the festival for the first time. Im also particularly excited about some of the new emerging acts like Jamie Woon, Wolfgang and Smoke Fairies who will make the new Rock and Roll Circus a really great addition to the festival. Finally, Happy Birthday Soma. Electronic Legends. We salute you.’
RockNess 2011 takes place 10-12 June, 2011 in the village of Dores, close to Inverness in the Scottish Highlands.