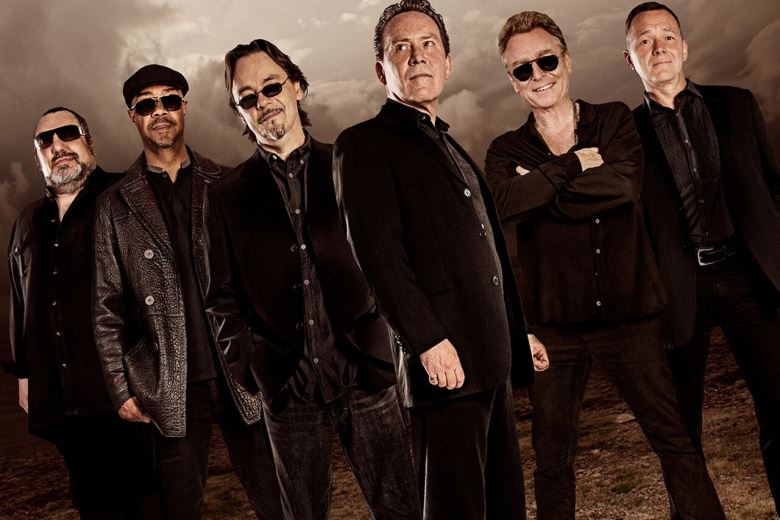 Having sold over 70 million records, achieved simultaneous Number 1’s on the US Billboard & UK singles chart twice (‘Red Red Wine’ and ‘Can’t Help Falling in Love’) and charted in the UK more than 50 times across their 38-year career, UB40 are one of the world’s best-selling acts of all time.
Fronted by brothers Duncan and Robin Campbell, alongside original members Jimmy Brown, guitarist Robin Campbell, bassist Earl Falconer, percussionist Norman Hassan, and saxophonist Brian Travers, UB40 are undoubtedly the biggest band to ever grace the hallowed Watchet Festival Main Stage.

Also added to the bill are former Old Grey Whistle Test Presenter, Live Aid compere and BBC Radio 1, 2 & 3 DJ Andy Kershaw, who will perform his one man show “The Adventures Of Andy Kershaw” which chronicles his incredible career at the vanguard of popular music. The Alarm’s former guitarist Dave Sharp and Watchet favourites Bare Knuckle Parade have also be added to the line up.


Headlining on Saturday are BRIT and Ivor-Novello award winning pop-rock band The Feeling. With their back catalogue of instantly recognisable hits including ‘Sewn’, ‘Fill My Little World’, ‘Never Be Lonely’ and ‘I Thought It Was Over’ (all of which graced the UK Top 10 singles chart), Saturday night at Watchet is once again set to be filled with thousands of voices singing along!

Also joining Saturday’s bill are Joy Division and New Order Bassist Peter Hook, along with his band The Light. Performing classic songs from throughout ‘Hooky’s’ illustrious career, as well as some original material, this is a performance that is likely to go down in Watchet Festival history.


Being Watchet Festival’s 10th birthday party, the organisers have decided to invite back bands who’ve provided some of the most memorable moments over the festival’s first decade. Thus, Friday will see a welcome return from both the utterly brilliant Geno Washington and the 70’s Soul stars, The Real Thing. Saturday hosts a repeat visit from former Special’s frontman Neville Staple Band after their unforgettable performance in 2013, and Sunday will host a ‘homecoming’ from two much-loved ‘Watchet favourites’; the incomparable Dreadzone and Cornish folk troubadours 3 Daft Monkeys.

With last year’s event selling out in record time (the festival’s fifth successive sell-out year), and legendary performers such as Sir Bob Geldof, The Selecter, Seth Lakeman and Big Country all taking to the stage, last years wellington boots are big ones to fill. However, with a stellar line up already announced and a number of major artists still to announce, 2016 is undoubtedly set to be the biggest and best Watchet Festival to date.

Following the success of last year’s sold out event (the festival’s fifth in a row), Watchet LIVE Festival has again made financial donations to local groups including The Children’s Hospice South West, Elliot’s Touch, and the “Stand Against Speed 4 Bethany” young driver’s awareness campaign.

In recognition of the need to provide organised activities for teenagers as well as children (and adults!) The Mayflower project will be running a large area for that age-group throught the three days of the festival. Please see http://www.mayflowerproject.org/ for more inf.