Ska Punk
comments
The London International Ska Festival began in 1988 and was held at The Brixton Fridge and showcased the likes of Laurel Aitken, Bad Manners, Potato 5 and The Loafers.  It was relaunched in 2011 and showcases ska over a full weekend across a number of venues in London including the Brixton Academy, the Sheperds Bush Empire & Islington Academy.

The first headliner for 2016's festival is reggae champion David 'Ram Jam' Rodigan with more to be announced. 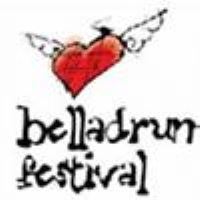