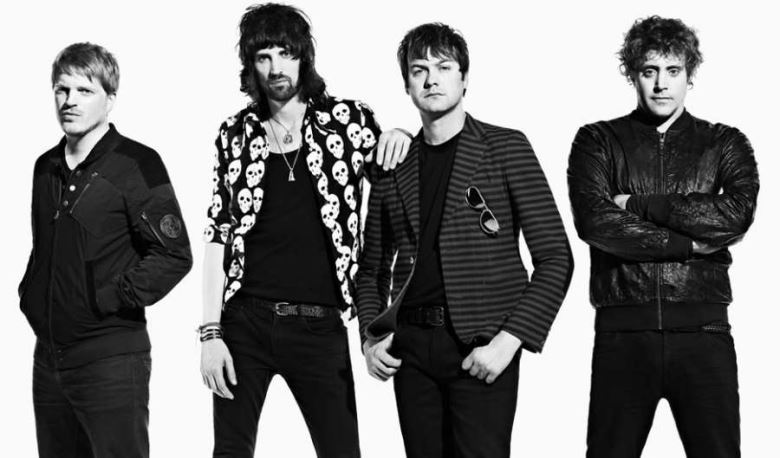 Reading and Leeds announces Kasabian as the second headliners for this year’s Festivals, taking place on 25 – 27 August 2017 at Richfield Avenue, Reading, and Bramham Park, Leeds.

With their sixth studio album set for release this spring, rock juggernauts Kasabian stand as one of the biggest and most beloved British bands of the 21st century. Their unmistakable modern-day rock & roll anthems have seen them reinvent themselves from the vintage classics of West Ryder Pauper Lunatic Asylum, through to the electro-infused party starters of recent album 48:13. A band leading the charge in modern British rock - their UK Festival Exclusive performance at Reading & Leeds will mark an invigorating new chapter for a defining band of our time.

Kasabian commented: “It’s been five years, and as a band we have come a long way since then. We’re looking forward to playing tunes from the new record and bringing the mosh pit to Reading & Leeds Festival!”

Melvin Benn commented: “I’m thrilled to be able to announce Kasabian as the second headliner for Reading and Leeds 2017. It’s been five years since they played; I’m excited about what this memorable headline performance will bring. The Reading and Leeds line up is already shaping up to be one of the best yet, and I’m looking forward to revealing the third and final headliner soon.”

Two Door Cinema Club join the impressive line up for another vibrant performance at Reading and Leeds. Expect old favourites alongside new tracks from latest album Gameshow, as the Northern Irish trio smash yet another festival crowd on their way to indie immortality.

Two Door Cinema Club commented: "It's so good to be back at Reading and Leeds, it's always a highlight of our summer. Good to see so many guitar bands on the bill this year as well."

Aussie electro king Flume is set to touch down at Reading & Leeds this summer. Latest album Skin saw him branch into stunning collaborations with AlunaGeorge, Vic Mensa, Vince Staples and Beck amongst others. Expect a stellar production of the soundtrack to 2017 when one of the most in-demand producers in modern dance, Flume takes to the Reading & Leeds stage for a UK Festival Exclusive performance.

No British DJ stands as iconic as Fatboy Slim. In the span of his 20 year career, he not only pioneered an entire revolution in British dance, but became the genre’s leading face and changed a generation in the process. From ‘The Rockafeller Skank’, through ‘Praise You’, ‘Right Here, Right Now’ and many more, Fatboy Slim’s first ever performance at Reading & Leeds this summer is guaranteed to leave festival-goers wanting to ‘Eat, Sleep, Rave, Repeat’ for the entire weekend.

Following the success of his top ten album The Godfather, Wiley returns to Reading and Leeds in 2017. Widely acknowledged for laying the foundations for one of the most explosive and important genres of the 21st century, catch the godfather himself performing his art in its purest form.

Circa Waves will mark their unstoppable return with an appearance at this year’s festivals, bringing their hotly anticipated new album Different Creatures to life with the live presence that has catapulted them to sold-out shows across the globe.

Talking about playing Reading & Leeds this year, Circa Waves said: “We are SO made up to be playing Reading and Leeds again. We are so ready for the festival and can't wait to tear the stage up!”

Undisputedly one of the most influential pop-punk rock acts of the past 20 years, Jimmy Eat World powered the 90’s emo scene with inimitable songwriting and epic live performances that made them a cult phenomenon. JEW’s strike rate on hit records since then speak for themselves; alongside 2001’s “The Middle”, the likes of “Pain”, “Work”, “Sweetness” and “Always Be” have not only helped them attain chart success here but also a vehemently loyal fanbase in the UK and around the world. As Jimmy Eat World return to the Reading and Leeds Festival stage once more, in support of their recently released album Integrity Blues, this will be a moment that cannot be missed.

Aussie metalcore titans The Amity Affliction will make their way to Reading & Leeds this summer for a UK Festival Exclusive performance, bringing their unmistakable sound to new levels after a mammoth 12 months of touring around the globe. One of the most talked about post-hardcore bands of the moment, their debut appearance at Reading & Leeds will be a calling moment of a band in their element.

Joel Birch of The Amity Affliction says: "I can’t actually believe we’re going to be playing Reading and Leeds. What a wild dream we’re living in. After seeing insane photos of these festivals for my entire adult life and wishing I could just go as an attending music lover, it’s going to be an extremely special experience for me personally to be standing on those stages."

After a mammoth 12 months of trail-blazing live moments with a growing legion of devoted fans, Rat Boy will be returning to Reading & Leeds in August. Sparking with a youthful rebellion that’s captivated a nation, his riotous performance is not to be missed this summer.

These names join a stellar bill already confirmed for Reading & Leeds 2017, joining previously announced headliners Muse with Major Lazer, Bastille, At The Drive In, Architects, Tory Lanez, Glass Animals, Against The Current, Danny Brown, Andy C and While She Sleeps, for a weekend that brings the most exciting sounds and artists from across the musical spectrum, capturing a year in music like no other.

Published on 26 January 2017 by Ben Robinson