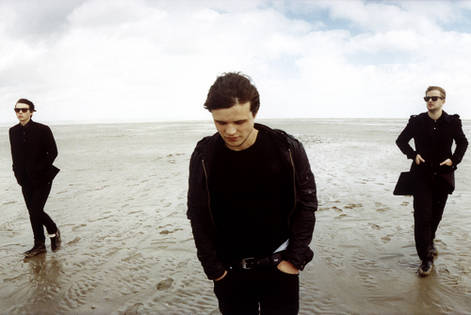 Spring is in the air, and as we ditch the mittens and shed those thermals; the UK’s biggest student festival Beach Break Live Powered by Dell, is cranking up the heat and is proud to welcome a bucket load of brand new artists for their 5th year and biggest ever line up!

With a chart topping bill which already includes the likes of man of the moment Tinie Tempah, UK rap sensation Professor Green, honey voiced starlet Katy B, New York indie boys We are Scientists, and dubstep super-group Magnetic Man, the 2011 line up just keeps getting better and better!

Hitting the beach in spectacular fashion will be none other than London rock gods, the AMAZING White Lies. Expect a super tight set complete with thundering drums, bellowing vocals and air punching choruses as White Lies treat you to an unforgettable beach side performance.

Also confirmed and back by popular demand is pop-rap star Example. Example had this to say "Absolute pleasure to be coming back to Beachbreak. The location itself
is like no other festival and the crowd are some of the best I've seen. There's a certain vibe about the place that means you don't want to leave. I had to be dragged away from the partying last year!"

Sporting his trademark ginger dreadlocks and also hitting the surf this year will be acoustic folk star Newton Faulkner. Newton Faulkner said "It's great to be playing Beach Break's 5th Birthday with such an amazing line up and it's always good to be back in Wales!"

Also joining team BBL will be the amazing Jamie Woon, The Chapman Family, Sub Motion Orchestra, Babyhead, SBTRKT, Modestep plus many more on the line up here.