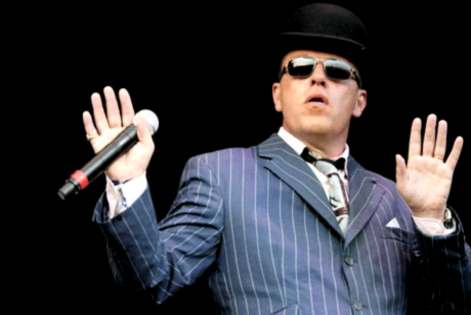 With a little over four months to go until the eighth annual Jersey Live Festival, we are pleased to announce that tickets will finally go on sale on Sunday 1st May 2011.

Following last summer’s sell-out Jersey Live Festival - its first as a 10,000 capacity, two day event -  it is expected that demand for tickets will once again be fierce and naturally, organisers urge music fans to get their tickets early to avoid disappointment.
The line up for this year’s event is almost complete; this year’s festival once again supported by Jersey Telecom, will boast another wildly eclectic line up headlined by ska legends Madness and 2011 Brit Award-winner (Best Male Artist) Plan B on the Main Stage, and Radio One’s Zane Lowe and Parisian electro pioneer Mr Oizo in the Dance Arena. Other highlights include The Streets, Cage The Elephant, Katy B, Santigold, Ed Sheeran and Wretch 32. There are still plenty more acts to be announced across the festival’s seven stages.
Jersey Live has had many an iconic moment throughout its short history, not to mention Dizzee Rascal’s dazzling Main Stage set at the very peak of his fame in 2009; The Prodigy’s headline set in 2008 which included hits like ‘Firestarter’ and ‘Breathe’; Kasabian’s return to the festival in 2007 after debuting here in 2005; or last year’s stunning performance by iconic rocker Paul Weller. With an already strong line up still yet to be complete, Jersey Live 2011 looks set to have many more of those unforgettable moments. What better way to round off a summer that appears to have begun early, than at the biggest party of the year?
Once again, tickets will be available for the weekend and for individual days. Hospitality tickets will again be available, granting access to the Hospitality area which boasts its own bar, BBQ (ticket price includes food voucher for each day) and intimate performances including up-and-coming singer-songwriter Ed Sheeran, as well as exlusive performances by acts not performing elsewhere at the festival.

The proceeds from children’s tickets will be donated to this year’s designated children’s charity, which is CLIC Sargent (Jersey), whose aim is to care for and help children and young people with cancer, and their familes.