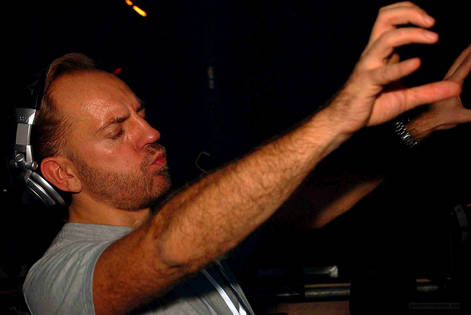 Sven Väth will bring his world famous techno imprint Cocoon to SW4 for the very first time this summer with Above and Beyond and more added.

Sven Väth will bring his world famous techno imprint Cocoon to SW4 for the very first time this summer, as he celebrates his personal milestone of 30 years behind the decks.  His infectious, vibrant and fun loving attitude is sure to attract the crowds to his arena, which boasts a line-up featuring some of the finest names in underground music. This includes the incredible Loco Dice who over the past few years has seen his stature rise to become one of the most devastating and respected DJs on the planet. Also playing live is Guy Gerber. The Israeli tech-house star is no stranger to the world’s biggest events, so the green grass of Clapham Common will suit him down to the ground. The legendary Josh Wink returns to the Common this summer after his sensational performance at last year’s SW4. He is joined by Cocoon’s very own Tobi Neumann and the UK’s hottest rising underground house star Tim Green.

Global trance sensations Above & Beyond are set to take their Group Therapy album showcase across Europe this summer with festival appearances across the continent. But none get the juices flowing more than their arena at SW4 2011. The trio will be joined by fellow trance giant Ferry Corsten. A mainstay in DJ Mag’s Top 100 DJs poll over the past ten years, Ferry is a true international DJ having worked with and played with, the biggest talent on the planet. He’ll be joined by Radio 1’s Judge Jules who is no stranger to SW4 having played on numerous occasions. The Judgement Sundays head honcho remains one of the world’s most in demand DJs with bookings coming in from the world’s leading clubs. AVA Recordings label boss Andy Moor also joins the line-up alongside Anjunabeats stalwarts Super8 & Tab, Mat Zo and Jaytech. Boasting an arena full of the biggest names in trance, we’re in for a treat as The Group Therapy Arena brings some power packed melody and euphoria to South West Four.

Arguably London’s finest underground house night, we are delighted to welcome Shake It! back to SW4 for the first time since 2009. Shake It! residents Layo & Bushwacka! will be joined by our favourite Frenchman Mr Laurent Garnier who headlines proceedings, bringing with him his mindblowing LBS showcase alongside Benjamin Rippert and Stephane ‘Scan X’ Dri. Garnier himself explains that while L.B.S. officially stands for Live Booth Sessions, a more fitting name would be Loud Bass and Samples and this exclusive performance is sure to be as thrilling as it is ground breaking.

Sunday’s main stage line-up focuses on the more alternative side of the dance music spectrum. The musical juggernaut that is Pendulum will close this year’s South West Four with their only London show of the year. Magnetic Man will act as main support. One of the most talked about electronic acts of the past two years, all eyes are on dubstep’s most loved trio. The first lady of BBC Radio 1, Annie Mac, has this year continued to take her ‘Annie Mac presents’ tour across the world with monstrous parties that have turned many a head.

We Love is the greatest Sunday clubbing experience on the planet. Flying the flag for the Ibiza institution is none other Sasha. One of the undisputed kings of dance music, Sasha returns to SW4 having smashed last year’s Main Stage to pieces. Sasha will be joined by Viva Record boss Steve Lawler. The king of Ibiza’s legendary Space terrace, Steve has been on We Love line-ups for as long as we can remember. A We Love party wouldn’t be complete without their residents Simian Mobile Disco and Joris Voorn. Simian make their long awaited SW4 debut this year, whilst Joris returns to the Common having played a storming set in John Digweed’s Bedrock arena in 2010. Completing the line-up we welcome Berlin’s Bpitch Control label boss Ellen Allien for her SW4 debut, alongside the newly solo, tech-house vibes of Technasia and British sensation Mat Playford.