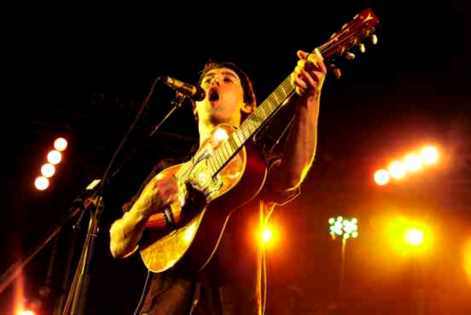 Field Day is ecstatic to reveal further names for what is shaping to be the most exhilarating music festival of the summer.

After the sun drenched success of last year’s show, Field Day's promoters vowed to up the musical ante yet again for this year’s event and the world’s most sonically adventurous artists have signed up to perform.  Having already announced a plethora of artists including Wild Beasts, Tortoise, John Cale, Jamie XX, James Blake and Warpaint, the next wave are set to push musical limits to the boundaries.

Villagers released one of the stand out albums of 2010 and they perform tracks from it at Field Day.  Conor O'Brien's enchanting melodies and darkly poetic lyrics are given greater intensity in the electric intimacy of his live performances and Villagers bring depth, sincerity and beauty in abundance to Victoria Park.

Field Day are thrilled to announce an exclusive performance from Detroit house music pioneer and dance music legend Carl Craig who as part of his 20 years of Planet E imprint will be performing a set of his 69 material live.

One third of dub step super group, Magnetic Man, Benga is the toast of the genre is set to drop some shuddering, bass heavy gems on the east London massive alongside cohort Youngman.  Field Day welcomes back Erol Alkan for a party set of energetic, trashy disco blended with electro beats, new romantic rhythms and the spirit of 70's punk, 80's rock and 90's house.

Kieran Hebden (aka Four Tet) and James Holden have decided to unleash some serious sonic wizardry on Field Day by playing an exclusive back to back set.

Ultra hip Brooklyn duo Creep are garnering much acclaim at the moment having just released a single featuring guest vocals from the xx’s Romy Madley-Croft whilst there is a rare chance to get up close and personal with  Vampire Weekend bassist Chris Baio, who will be performing one of his infamous DJ sets.


Field Day promoter Tom Baker comments, “I am super excited about Field Day now, the line up is so, so good I can’t really believe it.  I don’t know what I am going to do on the day, there are just too many good acts to see and some exclusives like the Kieran Hebden back to back set with James Holden and Carl Craig presents 69 just can’t be missed”.