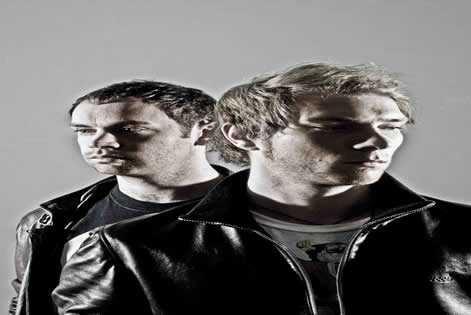 Guaranteed to instill some full-tilt revelry, Nero bring their expansive electronic soundscapes to proceedings on the Main Stage.  With three successive singles selected as the ‘Hottest Record in the World’ by Radio 1's Zane Lowe, the London dubstep pioneers are enjoying a meteoric rise. Having recently told the Wall Street Journal that dubstep is, “almost the new rock... we sort of feel like rockstars now,” you can expect nothing less than a blindingly awesome performance.

Delivering sets on both the Main and the Raise the Roof stages are the all-female Norwegian four-piece, Katzenjammer.  Famed for mixing musical genres and switching instruments at a frenzied pace, their sets includes as many as 25 different instruments. Their latest album A Kiss Before You Go follows three years on the road and is shaped by multiple influences all wrapped up with Katzenjammer’s distinct character.

Bolstering the folkie vibe on the Raise the Roof stage are Skinny Lister. This eclectic, earthy sounding five-piece group has truly blossomed into something exceptional after a period of extensive touring. Their live performances deliver a galvanized, singular sound. Fronted by Yorkshire-born songwriter Dan Heptinstall and saucy female vocalist Lorna Thomas, gigs are a riot of sound and fun. So prepare to be infected by their jovial, foot stomping, high kicking free for all.

Vibrant psyche-inflected folk-popster King Charles has been proclaimed ‘too cool for the charts’ by the Guardian. Having toured with Laura Marling, Noah and the Whale and Mumford and Sons, the classically trained cellist, chorister and winner of an International Songwriting Competition, is set to release his debut album Loveblood on 7th May. We’re waiting in eager anticipation to see what all the fuss is about.

Now in its 6th year, Bingley Music Live has firmly established itself on the festival circuit; consistently impressing audiences and performers alike with its intimate, friendly atmosphere and professional organisation. The chance to really get up close and personal to your favourite bands is one of the event’s stand-out features and means that festival goers can eagerly anticipate getting to the heart of the action.

This year as well as the Main Stage and improvements to the Raise the Roof stage, we’re introducing of a new, third stage. Organised in association with the Musicians Centre it provides a dedicated platform for local, unsigned talent. Bands can apply online http://musicianscentre.com/bml. The closing date for applications is Monday 7th May.