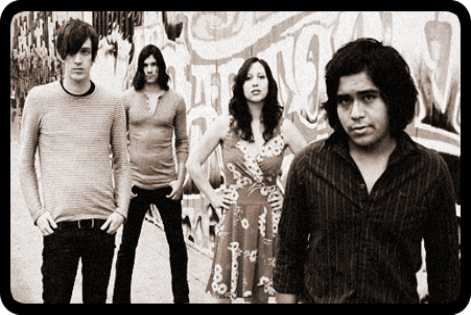 The Blood Arm, Trophy Wife, and By The Rivers to head to the Somerset countryside this July

The Blood Arm return to the UK with an appearance at Farmfestival this summer! Their energetic live shows are something to be seen, earning them tours alongside The Killers, Maximo Park and Hot Hot Heat. Joining them will be new kids on the block, Trophy Wife, who have had tracks produced by Foals, Plaid, James Yull and Ewan Pearson amongst others.

This summer's festival also sees the previously announced return of The Boy Least Likely To with support from Submotion Orchestra and Man Like Me, Fingathing, My Tiger My Timing, The Lovely Eggs and Yes Sir Boss.  Whilst beat connoisseurs Appleblim, PBR Streetgang, The Disablists (DMC Champs), Lukas (Futureboogie) and Will White (of the Propellerheads) front up the late night wiggle deliver.

This year we will also be screening the opening weekend of the Olympics for those keen to watch the sports, and for those who want to take part, Saturday will see the opening of the inaugural Farmfestival Farm Olympics, which everyone can get involved in. No qualifying times needed! An imagination of what the Olympics might be if your local village had won the bid, the events will be focused around a central running track, for all to witness and take part in.