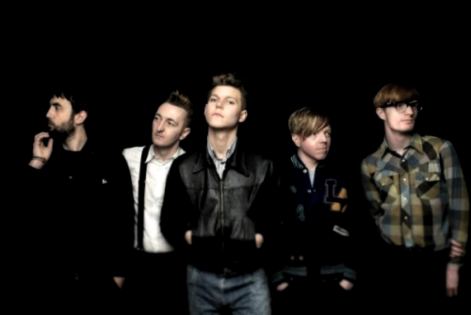 Deer Shed Festival today unveil the final names for their music line-up four months ahead of the festival weekend.

Deer Shed Festival, the kid and family-friendly music and arts event set in beautiful North Yorkshire parkland that does not compromise on line-up quality, today unveil the final names for their music line-up four months ahead of the festival weekend. A small, independent festival run by a family for the family where the youngest festival-goer will get just as much out of it as their parents, the Deer Shed Festival is an alternative to the “in it for the long haul” experience that many of the large, corporate and expensive family-orientated festivals out there have become. A concentrated programme of three diverse days and not just back-to-back music from 22 - 24rd July.

On the Obelisk Stage alongside headliners I Am Kloot will be Sunderland five-piece Frankie & The Heartstrings. Having recently released their debut album 'Hunger' to mass acclaim, their infectious blissful pop will sit right at home between The Leisure Society and The Go! Team. NME Radar Band of the Week last week was the talented singer-songwriter Marcus Foster. No normal singer-songwriter, Foster has resisted the easy path to success and is a rising talent of both the music and art worlds having sold work from his fine art degree show to Charles Saatchi. Also on this stage Tom Williams & The Boat and Arthur Rigby & The Baskervylles.

The third music stage on Saturday at Deer Shed is the Key Production Stage which will be supporting the best new and unsigned bands from the North of England. Four-piece art-rock outfit Tigers That Talked from Leeds will headline with five stand-out hotly tipped talents joining them. Spokes are an alt-indie band based in Manchester, Let's Buy Happiness hail from Newcastle and mix delayed guitar soundscapes with the clipped Nordic-sounding vocals of their lead singer, Hull natives The Neat are the sound of punk evolved, Just Handshakes (We're British) originate from Leeds and were formed over a shared love of gin and Swedish pop and fellow Leeds residents Yonderboy create melodic indie-pop that is as original as it is appealing. All in all, a sextet of outstanding new sounds for Deer Shed-goers to enjoy.

Saturday is Deer Shed's main music day with three stages running full programmes but in addition to the cabaret focus on Friday night and the chilled out 'long goodbye' on Sunday, music lovers can get their fix of more top new acts on both the first and last day of the festival as well. On Friday the Key Production Stage will play host to Hope & Social, Two Spot Gobi and My Forever while the Greentop Circus run the cabaret evening in the Big Top, and on Sunday the In The Dock Stage is home to acoustic performances from Sam Airey, Holly Taymar and The Glendale Family while festival goers chill out with coffee, newspapers and a morning market.