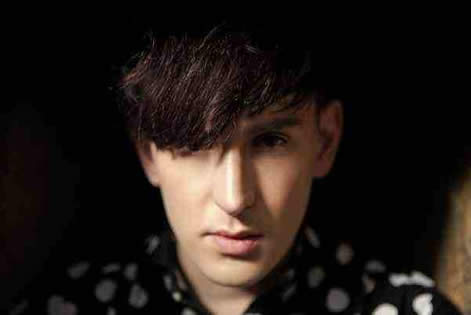 Get Loaded in the Park have announced that Patrick Wolf will be joining Razorlight, the Cribs, British Sea Power and more on the main stage this year!

Described by the Observer as ‘Britain’s most innovative, radical and creative pop star’, Get Loaded in the Park is delighted to welcome Patrick Wolf to the main stage line-up.  Joining him will also be eight piece cult indie heroes Los Campesinos!

The Gigwise stage promises something for everyone this year; joining Darwin Deez to get everyone in the summer mood will be Babeshadow, who recently toured with Florence and the Machine and electro-pop French artist Yelle, who is currently on tour with Katy Perry. Proceedings will take a darker turn when Goth rockers O.Children and South West London synth duo Alpines hit the stage.

The Last.FM stage hosted by The Flower Pot will be headlined by Johnny Flynn, described by The Times as ‘the next poster boy for the nu-folk scene’. He will be joined by the sweet harmonious hooks and rockabilly beats of Slow Club, hotly tipped spoken word hip hop act Sound of Rum which features the lyrical genius of Kate Tempest, The Agitator, aka Derek Meins, whose songs, according to the Guardian ‘sound like Billy Bragg barking over Public Enemy beats’, Beans on Toast, who blends a dark wit with serious social and political satire, and newcomers Dark Moon (Joe Strummer’s daughter’s band) and The Joker and the Thief.

Having aligned itself with London’s leading inner-city festivals, Get Loaded in the Park has garnered a reputation for showcasing heavy hitters within the alternative music scene. With the main stage line-up already boasting names such as Razorlight, The Cribs, Noisettes, British Sea Power and Patrick Wolf this year looks set to be one of the best yet.