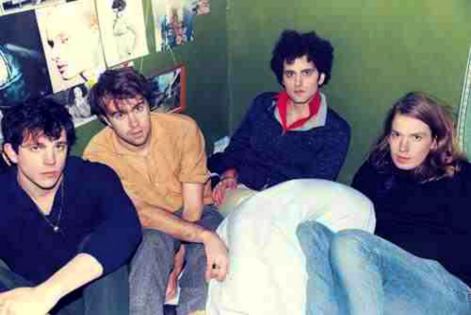 Today Lounge on the Farm is exceptionally pleased to announce The Vaccines to their ever expanding, quality line up, plus more acts announced.

Today Lounge on the Farm is exceptionally pleased to announce The Vaccines to their ever expanding, quality line up.  London-based Vaccines are an indie rock four piece that formed in 2010 and have been met with a swell of hype and excitement since they were placed third in the BBC’s Sound of 2011 poll in January this year.  Their debut album, What Did You Expect From The Vaccines? was released through Columbia Records on 14 March 2011. The band will appear on the main stage before Katy B.

Cast's debut album All Change was released in October 1995, produced by John Leckie who had previously worked with The Stone Roses and The Verve.   Leckie had previously worked with singer John Power in The La's.  The album shot to number 7 in the UK charts, reaching double platinumand went on to become the fastest selling debut album in the history of the Polydor label, outselling the likes of The Jimi Hendrix Experience, The Who and The Jam.  Cast are releasing a brand new album this year and will be doing a handful of festivals to celebrate.

Goodnight Lenin are inspired by Dylan, Young and Simon & Garfunkel - they constantly strive to deliver honest, experience based lyrics that flow along into their carefully crafted sound that seamlessly crosses genres.

Braids, Dry the River, Vision of Trees, Two Wounded Birds, Eaguls, and Big Deal are all excellent new additions to the Sheep Dip stage which is primarily focusing on hot new acts and will be hosted by Moshi Moshi, Rockfeedback and Chess Club

As previously announced - The Streets, Ellie Goulding and Echo & The Bunnymen are confirmed as main headliners for the July festival.  Katy B, Graham Coxon, The Joy Formidable, Johnny Flynn and Cornershop have all been recently announced. More on the line up here.

The Sheep Dip Stage which will be hosted by Moshi Moshi, Rockfeedback and Chess Club on subsequent nights, has announced a slew of new talent for the festival. Providing punters with the best in cutting-edge music, Slow Club, Egyptian Hip Hop, Pete and the Pirates and Benjamin Francis Leftwich will join Trophy Wife, Fixers, Leah Mason, Still Corners alongside many more.

The festival is also pouring energy into its newest stage addition the Meadows Stage.  Joined by the Furthur team, whose visual stylings are notoriously unique and fresh, this collaboration sees a true union of creative forces and is bound to sum up contemporary Canterbury in a whirlwind of fun and frolics amongst the maize.

One of the most successful Canterbury bands, prog rock legends Caravan have also been confirmed for the festival, with the re-release of the seminal album In the Land of Grey and Pink due this summer, they will play the new Meadows stage.

Having carved itself out a niche as a festival known for its unique location on a real life, working farm (with real animals roaming about), plus a strong focus on delicious food, family friendly atmosphere and reputable line-up, Lounge on the Farm Festival will double its capacity in 2011 to 10,000 people and also cement itself as one of the key boutique UK festivals for the summer.  At just 55 mins on a train from Kings Cross, this is an easy festival to get to for Londoners and is fast securing the hottest line up of the summer.