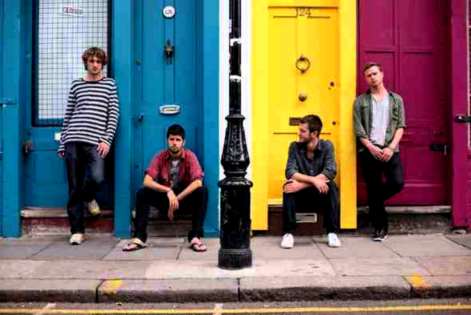 Britain’s sweetest music festival, Summer Sundae Weekender 2011 is fast approaching. We are therefore excited to announce the next wave of acts to be added to this year’s mouthwatering line up.

This fourth wave of announcements includes British alternative rock band Everything Everything whose rise to fame was bolstered when they gained a highly coveted spot on the BBC’s Sound of 2010 poll.

The bewitching Portico Quartet will also be bringing their exotic, hypnotic sound to the Summer Sundae stage and the much admired King Creosote will be joining musical forces with electronic wizz John Hopkins for a collaboration that is certain to wow lucky festivalgoers. We are also thrilled to reveal the inclusion of New Yorker sister-sister outfit, The Pierces along with kings of nu-folk Tom Williams and the Boat, the highly original 6 piece funky-bhangra-reggae-rock band that are Kissmet, acoustic folk songstress Kitty MacFarlane, and last but by no means least Oklahoma indie rockers Other Lives.

Summer Sundae Weekender are also proud supporters of local talent. Supreme wordsmith Gallery 47 will be joined by hot new band The Paradimes, electronic project Dark Dark Horse, Nottingham natives Fists, Hhymn and Manière des Bohémiens, chilled out electracousticians I am in Love, the dark and bluesy We Three and the Death Rattle and experimental powerpoppers You Slut!