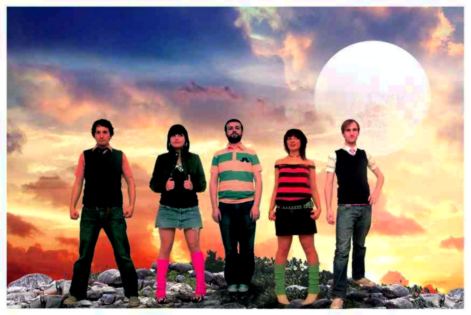 Graham Coxon, The Go! Team, Philip Selway, Edwyn Collins and more have been announced for this years Truck Festival at Hill Farm.

Hosting on Friday will be Transgressive Records. Label co-founder and director Toby L: “Transgressive has a rich history with Truck. An independent event with true distinction and personality, the line-ups are always brave and innovative. Hosting the second stage is a great opportunity for us to introduce a slew of new signings from our roster (for instance, the entrancing Mechanical Bride, the solo auteur Marques Toliver, fast rising Dry the River and punk all-girl choir Gaggle), as well as celebrate with a couple of older, more familiar names (our headliners Graham Coxon and Johnny Flynn). We look forward to spending the weekend with you all.”
Saint Etienne (previously announced) will headline the Heavenly Recordings programme on the Saturday. We welcome as special guest the inspirational Orange Juice singer, solo artist and survivor Edwyn Collins, alongside Cherry Ghost, Sea of Bees, Trevor Moss & Hannah-Lou, The Rockingbirds and James Walbourne. Saturday on the Clash Stage will take on a celebratory feel as Heavenly mark a special moment, as label founder and boss Jeff Barrett explains: “Heavenly Recordings can think of no better place to celebrate it's twenty first birthday than at the ever wonderful Truck festival.” Good job there are late night DJ sets lined up from Justin Robertson and Richard Norris (Beyond the Wizard's Sleeve) to keep the birthday shindig going into the early hours.

Sunday's hosts will be Bella Union. Simon, Mark, Luke and Anika at the label sum up why they're joining the Truck family this July: “Bella Union has never been into expansion and empire building just for the sake of it, we love to keep things small and manageable. And yet we love to branch out and spread the love far and wide. Curating stages at festivals and starting the radio show have been recent developments and working with the fine folks at Truck, putting together such a wonderful line-up for the Sunday has been a real treat.” Previously announced John Grant will headline Bella Union's bill, alongside Oxford music legend Philip Selway of Radiohead, performing material from his warmly-received solo record. Dean Wareham (playing the songs of his legendary band Galaxie 500) joins us from New York, and Alessi's Ark, Treefight for Sunlight, Lanterns on the Lake and Cashier No9 complete this specially curated day.

Sonic adventurists The Go! Team, Tunng and country royalty Justin Townes Earle take to the Truck Stage on Sunday before the Truck Festival All-Stars, a specially-assembled cast lead by Robin and Joe, close the festival weekend with a grand Last Waltz-style finale. Previous Truck headliner with Idlewild, Roddy Woomble will roll into Steventon on Saturday to play the main stage alongside Two Fingers of Firewater while Admiral Fallow and Pete Molinari continue the Friday feeling of the best roots and alternative country on the Truck Stage.