Roots Celtic World music
comments
The Knockengorroch World Ceilidh 2013 will be held in a beautiful and peaceful glen in the Galloway hills of the Scottish Uplands from Thursday 23rd until Sunday 26th May 2013. The festival is a celebrates the music of the Celtic diaspora but features much more than celtic/roots/world music from artists from all over the world - comedy, cabaret, dance, heritage and arts workshops, real ales, global food, stalls, camping, fire shows, a healing area, session villages, open fires, childrens activities and much more.

History is at the heart of the festival.  The main stage, called the Bo Airigh, is named after the sacred cattle that were once worshipped in the valley.  The Celtic longhouse is a recreation of an Iron Age Longhouse and the Shieling dance tent also reflects the land's prior use, when the area was densely populated.

Tickets and lineup are not yet released - watch this space! 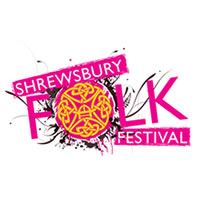