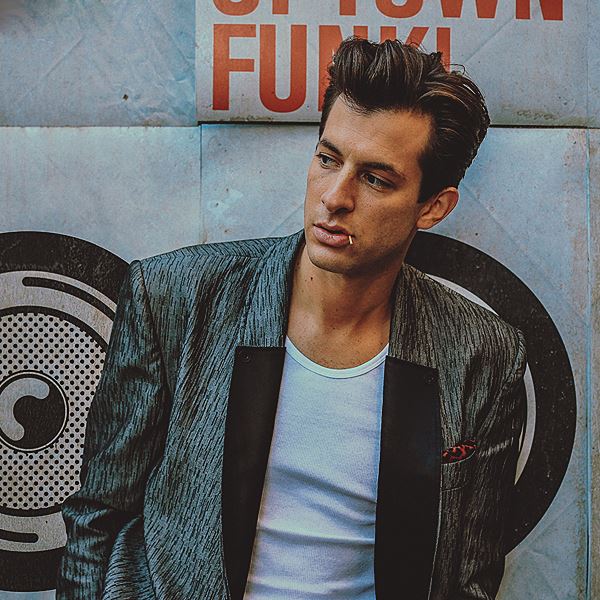 Mark Ronson (born 4 September 1975) is a sought-after producer, who's worked with such diverse artists as Jay-Z, Lily Allen, Robbie Williams, Bruno Mars, Christina Aguilera, Amy Winehouse, Ol' Dirty Bastard, Duran Duran and comedian Jimmy Fallon.
He is probably best-known for his collaboration with Bruno Mars, Uptown Funk, from the 2014 album Uptown Special.
Born in London, he is the son of writer Ann Dexter-Jones and real estate tycoon Laurence Ronson. His mother later married Mick Jones, lead guitarist of multiplatinum selling rock band Foreigner. He has two sisters: fashion designer Charlotte Ronson and DJ Samantha Ronson. He spent his childhood in a wealthy suburb of London where he lived on the same street as Paul McCartney‘s family. When his parents divorced at age 8, he moved to New York, where he made friends with John Lennon's son, Sean Lennon.
Ronson played guitar and drums from an early age, but it wasn't until moving to New York City with his mother that Ronson discovered DJ culture. At age 16, already a fan of such popular hip-hop artists as Run-D.M.C. and the Beastie Boys, Ronson began listening to the various hip-hop mixtapes released every few months by DJs. Inspired, Ronson confiscated his father's record collection and began trying his hand at mixing.
The young DJ with the diverse taste soon caught the ears and eyes of various socialites and New York celebrities, including fashion designer Tommy Hilfiger, who featured Ronson along with other sons and daughters of celebrities in a 1997 fashion campaign. A year later, hip-hop mogul Sean "P. Diddy" Combs hired Ronson to DJ his fabled 29th birthday bash. These and other high-profile gigs boosted Ronson's "hip quotient" and helped promote his more serious-minded music career. Fusing his eclectic turntable skills with his knowledge of musical instruments and songwriting, Ronson eventually embarked on his first solo project. Featuring such diverse guest artists as dancehall rapper Sean Paul, hip-hop artist Mos Def, Jack White of the White Stripes, and Rivers Cuomo of Weezer, Ronson's debut album, Here Comes the Fuzz, bowed for Elektra in 2003.
Ronson's second album, Version, adds to his eclectic style. In this sophomore album, Ronson fuses a range of musical genres from Daniel Merriweather to Ol' Dirty Bastard to Phantom Planet with an up tempo contemporary funk sound. All the songs on this album are covers of previous Billboard top-10 pop songs, with a jazzy twist.
Career
Attending Vassar College and then New York University (NYU), Ronson became a regular at downtown hip-hop spots and made his name as a DJ on the New York club scene in 1993. He was soon one of the most respected DJs and was being called on for celebrities' private parties. Ronson is known for his diverse, genre-spanning selection, influenced by both the hip-hop scene of New York and the more rock influence of the UK, amongst others.
He moved on, however, to producing music. After producing Nikka Costa's song "Everybody Got Their Something," Ronson signed a record contract with Elektra Records. His first album Here Comes the Fuzz was released in 2003 and was a critically acclaimed success that featured artists of all genres, despite initially poor sales. The most well known song from the album, " Ooh Wee" samples " Sunny" by Boney M and features Nate Dogg, Ghostface Killah, and Trife Da God. He has since produced multiple songs on the albums of singers Christina Aguilera, Amy Winehouse, Lily Allen, and Robbie Williams.
In 2004, he formed his own record label, Allido Records, a subsidiary of Sony BMG's J Records, along with his longtime manager Rich Kleiman. The first artist he signed to Allido was rapper Rhymefest, most well-known for winning the Grammy for co-writing Kanye West's "Jesus Walks".
In March 2006, Ronson released a cover of Radiohead's " Just" as a single. In certain areas, such as the UK, it gained major radio play. It also saw release as part of Exit Music: Songs with Radio Heads, a full Radiohead covers CD, in April, later appearing on Ronson's second album, Version, which was released in the UK on 16 April 2007. It includes other covers of a diverse selection of rock & pop songs including: Kaiser Chiefs' " Oh My God" (featuring guest vocals from Lily Allen), an instrumental version of Coldplay's " God Put A Smile Upon Your Face", Britney Spears' "Toxic", Ryan Adams' "Amy", Maxïmo Park's " Apply Some Pressure", The Zutons' "Valerie" and Kasabian's "L.S.F.".
Ronson released a cover of The Smiths' track "Stop Me If You Think You've Heard This One Before" under the title " Stop Me" on 2 April 2007, which reached #2 in the UK singles charts, the biggest hit for Ronson to date. Ronson re-mixed the Bob Dylan song " Most Likely You'll Go Your Way (And I'll Go Mine)" in promotion for the three disc Bob Dylan set simply titled "DYLAN" to be released in October 2007. Ronson has also produced Candie Payne's "One More Chance (Ronson mix)" in 2007.
Ronson's second album Version has been well received by critics. In May 2007 it was awarded the title Album of the Month by the British dance music magazine Mixmag. On June 23, the DJ made the cover of the Guardian newspaper's Guide magazine, alongside the singer Lily Allen. In 2008, Ronson won a Grammy as producer of the year.
Ronson has newly signed Domino Kirke and her band Domino to the Allido label.