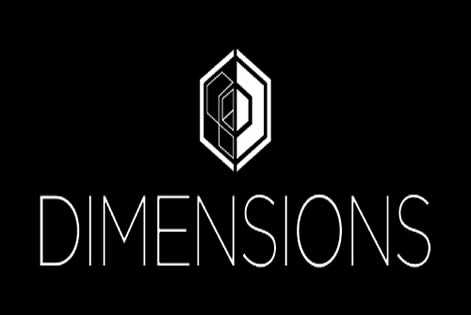 Dimensions festival makes use of the beautiful surroundings with a smaller capacity; a slightly different take on sound focusing its time on House, Techno and the deeper end of the electronic spectrum.
Keeping themes from its originator, Dimensions will be set against the backdrop of the breathtaking abandoned fort. Located on a peninsular surrounded by crystal clear Adriatic waters, Dimensions combines sun-soaked beach parties by day and all night raving up at the fort until sun rise! The legendary Outlook boat parties also get a revamp as Dimensions takes command for the weekend.
Dimensions will focus its energy on the foundational sound of House and Techno. In Europe House Music found its home in the Island of Ibiza and Techno firmly laying its foundations in the city of Berlin. Anyone that has visited Berlin should be aware of the electronic beat that pumps beneath its streets. Representing the mature and industrious sound of clubs like Berhain, Panorama Bar and Watergate, Dimensions is proud to welcome the magnificent Marcel Dettman! Along side Dettman we find Ben Klock a Dj who has made his mark on Techno as a resident at Berghain since its doors first opened in 2004. New kids on the block Kassem Mosse and Motor City Drum Ensemble join the German clique hot on the heels of their piers. Berlin also houses new talent, supplying a sturdy roof for other exciting new DJ’s in Europe. Leading the migration from London, Hotflush Recordings label boss and SUB:STANCE founder Scuba joins Skull Disco expat Shackelton on the Dimensions lineup.
Recent years has seen UK House evolve into a widely recognised sound. Many will be happy to see the well known British DJ’s Pearson Sound, Pangaea and Ben UFO of Hessle Audio. Other acts  championing the UK sound will be Joy Orbison, Sigha and Space Dimension Controller. Joining these great names are up and coming producers Blawan and Midland along side future garage newcomer Pariah whose sounds are set to dominate 2012. Broadening the British Platform is an artist who we are very excited to be hosting Golden Panda. With a significant body of work having been released on American label Ghostly International, Golden Panda is confirmed for his much greatly awaited performance.
Familiar names such as Alexander Nut, Floating Points from Eglo records, dBridge and Boddika representing the sound of Autonomic have been confirmed for this festivals maiden voyage. Radio presenter Benji B joins the bill with long running figure head in Dubstep Mala of DMZ and Swamp 81 label boss Loefah.
With all the experience and success of Outlook behind them Dimensions is set make its mark on the European Dance Music scene. Additions to this lineup and information on boat parties to be released very soon and hold onto your caps as Outlook information is coming ‘atcha very soon!

Published on 22 January 2012 by Wayne Feltham