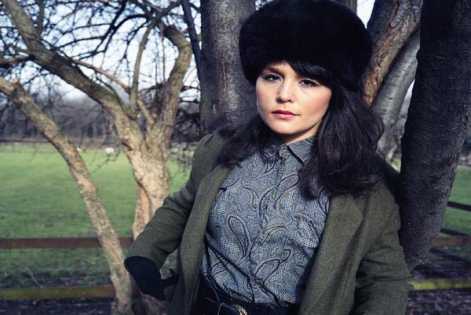 Today Nova announce their latest line-up additions across arts, music, theatre and spoken word for this year’s festival taking place July 5th-8th 2012. The intimate event welcomes music from Jessie Ware, Fink, Fionn Regan, Psychemagik, Duffstep, Soul Jazz Sound System, Pete Lawrence (co-founder of Big Chill) and Mixmaster Morris joining Sofar Sessions and Nest Collective to bolster Nova’s commitment to cutting edge music alongside heavyweights Ghostpoet, tUnE-yArDs, Norman Jay, Crazy P and more.
It’s an exciting time for arts at Nova as Rankin and Damien Hirst will be bringing their Myths, Monsters and Legends installations to life at the festival. Featuring model Dani Smith, dreamt-up creatures from classical civilizations, myths, and fairy tales will come to life to culminate in an unmissable experience.
Most famous for filling Trafalgar Square with 30,000 bananas in 2004, Doug Fishbone will be bringing his own brand of Crazy Golf to Nova. Each hole on the course will be designed a different artist with contributions from Jake Chapman, Brian Griffiths, Gary Webb, Zatorski and Zatorski, and Pete Fowler with more to be announced soon. Better still, the entry fee for playing goes straight to Action Aid’s reconstruction efforts in Haiti, so everyone's a winner on this course.

Jem Finer’s Still exhibition will make an appearance at Nova alongside Landscape, curated by award winning screen writer Tony Grisoni (Fear and Loathing in Las Vegas, Red Riding). The exploration into themes of Landscape will feature Jem's installation running in Nova’s Zen Gardens. British film director, writer and artist Andrew Kotting's new film, This Is Our Still Life will be on show, joined by contemporary experimental film maker Ben Rivers' first feature length piece, 2 YEARS AT SEA. The screenings will include an open discussion with Finer, Kotting and Rivers chaired by Tony Grisoni.

Nova’s bespoke cinema The Flicker Club are hosting a night a twisted night of Alice in Wonderland surprises. You can forget all your comforting memories of dear old Disney's version, for this is Jan Svankmajer's 1988 film version of Alice in Wonderland. It’ll be complimented by numerous late night screenings to keep you entertained all night long.

Theatre sits in prime location at Nova with confirmation of The Pleasance’s programming for the festival. They’ll be showcasing The Pick of the Pleasance – a series of performances including the Late Night Gimp Fight (talk of the town at Edinburgh last year), Abandoman, Doc Browns, Pappy's Max & Ivan, The Beta Males, Ginger & Black, Delete The Banjax and Sheeps. The Battersea Arts Centre will be showcasing Gooseparty, their intense party of sassy pseudo-fiesta funk, electronica gender anthems, dirty agro railway blues, plus a bit of the strummy soft stuff for the lovers of the lonely, in a high octane evening of madcap musical wildness, wilderness and general “gooseyness” which will sure to inspire and thrill the minds of all who are involved.

The Pop Up Casino will be in full effect at Nova for those wanting to experience the thrills of Roulette, Blackjack and Poker. At a fraction of the cost of a normal casino (bets start as low as 10p) and with great prizes and all profits going to The Rockinghorse  Appeal - so even if you lose, a local charity wins. They’ll also be hosting the “casino school” for newbies to get a taste of the action before the real games begin.

Nova promises a festival of weirdness and wonder and they’re set to deliver just that. John Hegley, the people's Poet Laureate will be spreading joy, humour and wordy wisdom in his inimitable and tuneful way throughout the weekend and GreenandPleasantLand will be bringing their unique blend of physical theatre, live music and folk traditions in an epic adventure for audiences aged 10 upwards.

Teatro-Saurus specialise in high-quality mask-theatre for families, who’ll be bringing their original mix of physical theatre and masked fun to Nova. Alongside the stalking poets, prowling postmen and more surprises in the woods, performances at the festival are set to be unrivalled in spontaneity and creativity.

As well as listening, festival goers are encouraged to create. Nova will host an array of creative salons with London Drawing life drawing, jewellery making, foraging, cooking, burlesque, photography, painting, filmmaking and much more.
Alongside the previously announced Nova Arms pub, festival goers are set to be treated to an inventive and unusual dining experience courtesy of Disappear Dining. Referred to as “…the perfect dinner party” by Stylist and “one of London's hottest places to go” by Time Out, they’re some of the most capable dinner party organisers and will be on hand to cater for even the most discerning diners. The Hurly Burly are set to bring their solar powered 'Dining Theatre' for a special appearance and will be stepping up their game for Nova with their unique blend of joyful silliness, live family theatre, puppetry and exquisite food.

Throughout the day and into the night, festival goers will be able to come and experience the unique, wild and unscheduled breakout performances that combine physical theatre, dance, gourmet food and live music.

For Nova, The Hurly Burly's resident theatre company will be bringing their highly acclaimed, brand new show, Birdy. A haven for families, there will be a rich programme of live family theatre and puppetry, plus live acoustic sessions and juke box songs around the piano.

When surrounded by such a massive amount of fun, it’s expected that some may go a little overboard. Nova are fully prepared for those who are in need of festival therapy with their rejuvenation areas. From Soul Pads for Deep Tissue, Aromatherapy, Thai massage, Shiatsu, Acupressure, Reflexology, Indian Head, Reiki, Tui Na, Bliss Domes for sound and light baths plus Yoga, Wild Run and Hot Tubs – they’ll be no shortage of avenues to get your mojo back and geared for all the spectacular experiences that Nova has to offer.