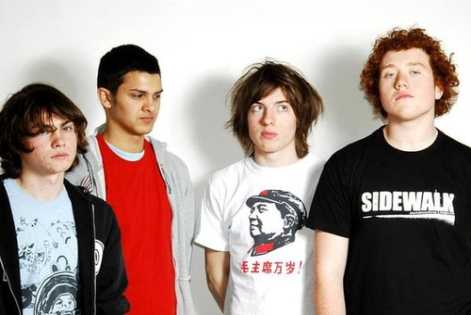 Bombay Bicycle Club, Feeder, J Cole, Reverend & the Makers, The Brian Jonestown Massacre, Benjamin Francis Leftwich, Zulu Winter, The Milk and Dawes will all be on the enroute to Kinross this summer to wow the 85,000-a-day strong crowd, between 6th –

Last month, T in the Park unveiled a bill crammed with the world’s best live acts including headliners Snow Patrol, The Stone Roses and Kasabian.  Festival organisers DF Concerts and founding partner Tennent’s Lager are delighted to announce that another array of top artists have been added to the line-up today (Friday 16th March).
Bombay Bicycle Club, Feeder, J Cole, Reverend & the Makers, The Brian Jonestown Massacre, Benjamin Francis Leftwich, Zulu Winter, The Milk and Dawes will all be on the enroute to Kinross this summer to wow the 85,000-a-day strong crowd, between 6th – 8th July.
Having sold in excess of 350,000 albums since their debut release in 2009, North London’s finest, Bombay Bicycle Club, have already notched up two Top 10 albums, an Ivor Novello nomination and an NME Award for Best New Band (2010). With rave reviews for their third studio album A Different Kind Of Fix, the band have just returned from a sold-out US tour and are sure to thrill fans with a stand-out set at T in the Park 2012.
After their massive break-through hit Buck Rogers cemented their much-deserved status as one of the UK’s biggest rock acts, Feeder are back with a revitalised new sound. Having sold over 5million records and wowing audiences around the world with their exhilarating anthemic rock, T in the Park fans are in for a treat.
When US rap sensation J Cole released his hugely anticipated debut album Cole World: The Sideline Story last September, it shot straight to the top of the US Billboard chart and earned him a Grammy nomination for Best New Artist. Counting Jay-Z amongst his many fans J Cole is one of the hottest breakthrough acts on the hip hop block right now.
Reverend and the Makers’ massive top 10 single Heavyweight Champion of the World announced their arrival as a huge force on the UK indie scene. Their epic anthems secured them a coveted support slot with Oasis on their last ever tour, and they have just supported fellow T in the Park act Noel Gallagher’s High Flying Birds on their recent tour. With their third studio album @Reverend_Makers due this spring, it’s sure to be a stand out set at T in the Park 2012.
Californian psych rockers The Brian Jonestown Massacre achieved cult status with their starring role in the notorious 2004 rockumentary Dig! The band won themselves even more fans when their track Straight Up and Down was used as the opening theme to hit TV series Boardwalk Empire. With their legendary psychedelic jams and killer hooks, they’ll no doubt treat the crowd to old hits, as well as new material from the soon to be released Aufheben, their 13th studio album to date.
York-born acoustic singer-songwriter Benjamin Francis Leftwich is hotly tipped for the top.  His first single, Pictures (taken from his EP of the same name), was declared "The Hottest Record in the World Today" by Radio 1’s Zane Lowe, and his majestic debut album Last Smoke Before the Snowstorm is earning him major critical acclaim.
London five-piece Zulu Winter are also capturing the eyes and ears of fans and critics alike and the quintet’s catchy and anthemic indie-dance, atmospheric synth-pop went down a storm at their recent NME Awards show.
The Milk have been enjoying major airplay on BBC Radio 6 Music courtesy of Huey Morgan and with their influences ranging from classic Motown to the Beastie Boys, their edgy blend of hip-hop, dub, dance and punk is sure to impress on their T in the Park debut.
California-based roots rock band Dawes make their big debut this summer. Their rich West Coast harmonies and vintage Americana sound has earned them comparisons to Crosby, Stills and Nash and Neil Young, and they’ll showcase material from their highly acclaimed second album Nothing is Wrong.