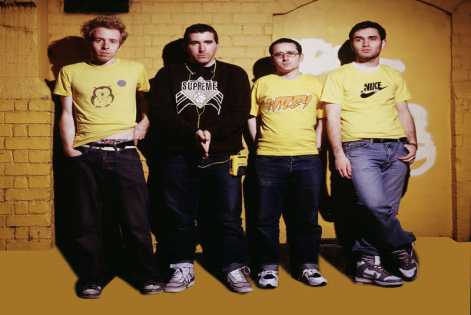 Hackney, East London, is set to be shaken to its very core this summer as the legendary Lovebox festival brings together a typically cool, unique and diverse line-up to celebrate 10 amazing years in its first talent announcement of the year.

The most iconic names in dubstep, hip-hop, drum & bass, house, techno and indie will team up with some of the capital’s most cherished club nights to deliver a 3 day weekender poised for the musical history books.

London’s biggest dance floor opens early on Friday with Hot Chip, Magnetic Man, Sub Focus Live, and Crystal Castles throwing down the gauntlet alongside a selection of arena hosts that include the return of East London's unstoppable, genre-defining radio station, Rinse 106.8FM¸ and all for a recession busting price of less than £30.

Little time to breathe, as Saturday rolls out an all-encompassing sonic mash up of hipper than thou rockers Friendly Fires, Brit Awards Critic’s Choice Winner Emeli Sandé, Swedish electro hipsters Little Dragon while New York City’s finest are represented in the form of Harlem’s hottest lyricist, Azealia Banks, and back by very popular demand Kelis, whilst the now traditional “Lovebox Legends” slot will be filled by the great Bobby Womack.
The main stages are set against the bone shaking soundscape of drum & bass' number one club night and record label, Hospital Records, plus house and techno institution Warm and international mad-hatters Crosstown Rebels who will be throwing a notorious Rebel Rave .
On Sunday things hot up considerably as Lovebox’s incredibly successful polysexual “Out and Out Fierce” party takes over proceedings with hi-energy disco and electro sounds dominating the site.  Holly Johnson takes to the main stage to deliver a “greatest hits” set spanning his days with Frankie Goes to Hollywood through to his solo career. Described by the NME as “the most influential dance act in the world right now” Azari & iii return to Lovebox after their sensational performance last year and there is a debut performance from BBC Sound of 2012 nominee’s Niki & The Dove as well as performances from The Rapture and Patrick Wolf on the Sunday Superstore Live stage hosted by East London’s favourite venue Dalston Superstore.
"By amazing grace I have survived to perform at Lovebox 2012...My first London stage appearance in the 21st Century... Hollylujah!" - Holly Johnson
Meanwhile the many arenas across the site will be working clubbers into a state of submission led by  DJ Hell who will be serving up a final flourish of closing party euphoria on a birthday to remember.
As the after parties across town roll on into Monday, organisers will consider their job done, knowing that Hackney will be left with a lasting legacy of love for 2012.

Published on 15 February 2012 by Ben Robinson