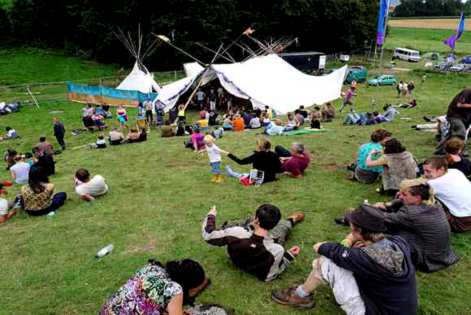 Beautiful Days festival have announced they will open gates on Thursday at no extra charge, and announced 'Spots & Polka Dots' as the fancy dress theme

The Sunday theme for Beautiful Days 2011 will be 'Spots & Polka Dots'. Dress up as a Dalmation or a Ladybird or just wear a spotty shirt, bowtie or skirt………. make sure you're wearing something spotty or dotty on the Sunday! The festival is planning some amazing site art amongst other things which will tie in with the theme.

Whilst no more acts have been announced today, the festival has let slip that they will have a SILENT DISCO in The Little Big Top going on into the small hours on the Saturday and Sunday night for the first time! The last few acts for the Main Stage and The Big Top, plus the comedy line-up in The Little Big Top will be announced on 01 June.

Beautiful Days is the Levellers festival which takes place at Escot Park in the heart of Devon. 2011 will be the ninth Beautiful Days. It’s a family music festival with five stages, site art, a huge children's area in the centre of the festival, comedy, theatre, family camping, licensed real ale bars from Otter Brewery & carefully selected food and craft stalls.