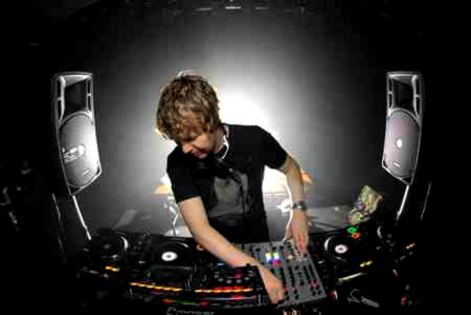 Things are shaping up rather nicely as we can now announce the explosive acts set to join our festival headliners on the SW4 main stage this year.

Since opening its doors on 21st September 1991 as an alcohol-free nightclub dedicated to house music, Ministry of Sound has gone onto become a flagship for British youth culture; an iconic brand that includes the world’s most famous club, the world’s largest independent record label, and a multimedia entertainment business, all directed from their South London home. 2011 is a significant milestone for Ministry of Sound as it marks their 20th anniversary. To celebrate the Ministry will be involved with a series of events across the globe, none as big as hosting the main stage at South West Four on Saturday 27th August.
In addition to a London festival exclusive live performance from the undisputed kings of electronic music Underworld, SW4 welcomes a huge lineup of world class DJs to Saturday’s main stage lineup. Having graced the green grass of Clapham Common on six consecutive occasions, with his Bedrock arena one of the highlights of last year, John Digweed is back. Following his sell out Brixton Academy show back in October and an intimate Bedrock event at London’s Arcadia over Easter, expect John to end the summer in style. Laidback Luke made his very successful debut at last year’s South West Four with a performance that had the Common rocking under the August sun. Continuing to produce some of the biggest tracks to hit our airwaves, not to mention selling out clubs and events the world over.
James Zabiela’s last SW4 performance came back in 2009. After having two years away from the Common it was time to welcome the technical whiz kid back. A hugely popular figure and a a stellar addition to any line-up, we’re very excited about what to expect. One of the world’s great DJs Argentina’s Hernan Cattaneo debuts at SW4 in 2011. A name synonymous with deep, tribal and progressive house, we’re delighted to be able to add him to Saturday’s line-up alongside Demi and Omid 16B aka SOS.


Revered as the blueprint for a 21st century club night – secret but fun, exciting but underground, Union has gained a ferociously loyal following in a very short time. With an insane and hedonistic crowd and awe inspiring production, Union is an example of what can be achieved when you tear up the rulebook! 2011 marks the fifth anniversary of Union’s residency at the legendary Fabric in London and their hosting of the main stage on Sunday 28th August at SW4 is one of a series of non-secret events to celebrate.
Alongside the musical juggernaut that is Pendulum and dubstep’s most loved trio Magnetic Man, Sunday’s main stage line-up focuses on the more alternative side of the dance music spectrum. The first lady of BBC Radio 1, Annie Mac, has this year continued to take her ‘Annie Mac presents’ tour across the world with monstrous parties that have turned many a head. Add to that her hugely successful weekly radio show and you’re looking at one of the most talked about DJs of our time.

As the leader of the Digital Soundboy System, Shy FX leads a tight-knit team of like-minded Soundboy soldiers. This includes the prestigious Breakage, one of the world’s premier female DJs B.Traits with MC Donaeo, DJ Marky’s MC of choice Stamina and one of the UK’s most exciting and dynamic vocal talents, Youngman. Adding more live music to the Sunday Main Stage lineup, London’s grime sensation Wretch 32 has recently shot to fame after the release of his debut smash hit ‘Traktor’. It’s not often you see a life sized dinosaur play electro but this is what can be expected from Totally Enormous Extinct Dinosaurs. Beginning her music career as a DJ in London just two years ago, Yasmin has already founded her own successful club night, spun around the world for N.E.R.D., Taio Cruz and Eve and played storming sets at Glastonbury and Ibiza Rocks. Established as a world-class spinner, Yasmin is now ready to make her mark as a fully-fledged artist, singer and songwriter in her own right. Her next stop? SW4.