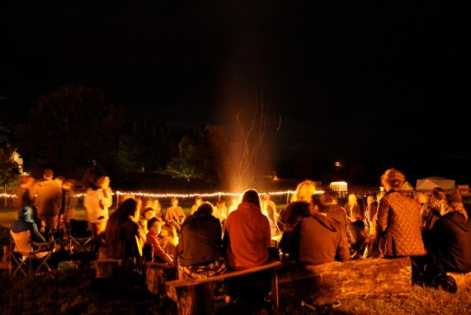 The Firefly Festival was conceived one summer’s evening amid the burning embers of a bonfire, the idea of expanding an annual gathering of friends into an intimate but punchy little music festival in the beautiful Herefordshire countryside became a happy reality.
This year the event is confirmed for 4th August with live bands - which will feature young, local talent between 4pm and 5.30pm – performing until midnight, when DJs will take over the celebration until 3am in the relaxed and friendly atmosphere and beautiful surroundings.
Firefly is proud and delighted to have acclaimed songstress Kyla La Grange playing this year whose hotly tipped debut album Ashes is scheduled for release this summer. "There's Florence Welch's pagan bellow, Anna Calvi's theatrics, Lana del Rey's sultry warble, and at root the reconstituted folk of PJ Harvey and Mumford & Sons", says music writer Mark Beaumont.
She’s joined by Bruno Charles, Gentle Mystics, Carousel, The Wild Mercury, The Colour Movement, MONSTA and The Night. DJs will be announced soon and all are part of the event’s carefully selected bill for this year’s event, which promises a small but finely tuned and exciting program of music.
Firefly also promises great local food and a grand campfire, while the festival’s own public house, The Elton Arms, will proudly serve local ales from The Ludlow Brewing Company amongst other scrumptious bevvies.
Held in the small forest clearing behind Elton Hall, near the town of Ludlow, Firefly is a glorious small festival in its own right but proudly maintains its original intimacy of those early, humble campfires amongst enchanting woods, hidden dingles and a natural amphitheater. It takes great pride in it’s small but perfectly formed festival, with both the expected and very unexpected!