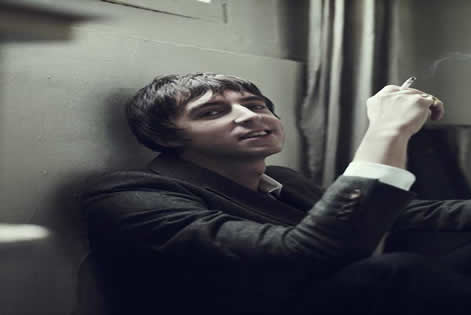 Underage Festival reveals further acts for the worlds premier teen event.  Having already announced a host of breathtaking talent, some of the globes most impressive young artists have joined the bill and the Underage Festival continues to be the number one annual destination for music loving teens.  To celebrate its fifth birthday Underage  has decided to go a year younger and is now open to 13 year olds for the first time cementing its reputation as the worlds most credible event for teenagers.

Miles Kane has signed up to perform at the Bombay Bicycle Club headlined show. Co frontman of The Last Shadow Puppets, Miles releases his debut solo album ‘ Colour Of The Trap’ in May, a record which features collaborations with Alex Turner, Noel Gallagher and Gruff Rhys.  His retro indebted rock n’ roll has won him many admirers and the gritty garage rock and soft pschyadelic pop tones of his album makes for a radio friendly racket.

Scarily young upstarts, Dutch Uncles are the latest in a long line of classic Manchester bands and release their debut album, Cadenza, in May.  These cerebral pop-proggers have released a glut of cool indie singles and are a firm favourite with the nations youth.

Wolf Gang is 23 year old Max McElligt whose delightfully curious pop singles have marked him out as one to watch in 2011.  His live show has received rave reviews and he has recently supported Florence and the Machine.

New kids on the block, Rizzle Kicks mixture of pop and hip hop incorporates the fun elements of the old skool hip hop era crica 1998 – 1992 and there is a rare chance to get up close and personal with Vampire Weekend bassist Chris Baio, who will be performing one of his infamous DJ sets.

Tribes have already amassed a large cult following after a series of euphoric live show and their twisted gorgeous pop songs look set to take Lo-fi all the way to popstardom.

Three piece band Encore’s unpredictable pop is steeped in sharp song writing, superlative vocals and brilliant, genre bending compositions while The Knocks are NYC’s hottest pop production unit and their effervescent bright and breezy pop is sure to be a highlight of the day.  Pegasus Bridge, fresh from plasticising in the school caretakers hut now perform for the teen masses at Underage.

"We are delighted to be in our 5th year and wanted to celebrate this by opening it up to a younger audience, after gathering feedback from past festival goers whose younger friends have been disappointed they can’t get tickets, we welcome 13 year olds for the first time at this year’s Underage Festival. It’s a great opportunity for those that love music to come and experience their first ever festival"  Tom Baker - Eat Your Own Ears.