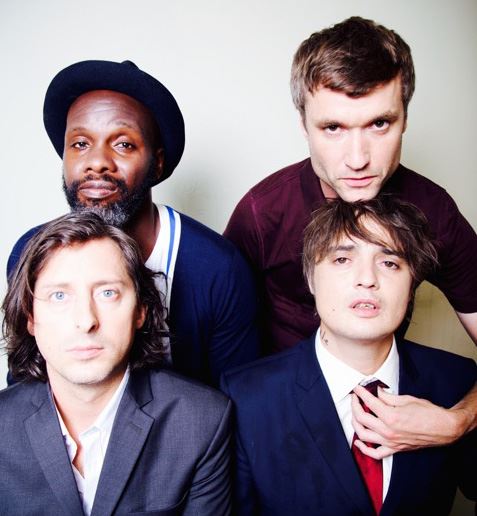 Tramlines returns to Sheffield with its biggest lineup to date - from 21 – 23 July and with a new-look festival site!

The ninth edition of Tramlines will be an exclusively outdoor event, spanning three of Sheffield’s best park spaces and allowing the festival to bring its biggest lineup to date. Tramlines remains one of the best value UK festival tickets around, with weekend passes from just £38 plus booking fee.

Since its inception in 2009, Tramlines Festival has carved a name for itself as one of the most genre-busting music festivals around. Previous acts to have graced the Tramlines stages include Public Enemy, Basement Jaxx, The Charlatans, Sister Sledge, The Cribs, Katy B, George Clinton Parliament Funkadelic, alt-J, the xx, Dizzee Rascal, Martha Reeves Roots Manuva, Slaves, Sugarhill Gang, Buzzcocks and The Selecter. As a former winner of Best Metropolitan Festival at the UK Festival Awards and having been shortlisted for an NME Best Small Festival award, Tramlines continues to set itself apart with its inner-city location, cutting-edge music offering and unbeatable ticket price.

From just £38 (plus booking fee) for a weekend ticket, festival-goers are in for a real treat this year. The Main Stage on Ponderosa park is a melting pot of sounds, from the indie of The Libertines, reggae from Toots and the Maytals, and R&B from one of the biggest girl bands of the 90s, All Saints. Rock fans are catered for with Glaswegian quartet Twin Atlantic, while fans of hip-hop, rap and grime can check out the fast-rising star of British hip-hop, Loyle Carner, the melodic sounds of The Age of LUNA, hotly tipped Nadia Rose and former Mobo winner Akala. The much-loved Metronomy serve up electronica, girl group M.O bring 90s-inspired pop, Hot 8 Brass Band bring the sound of New Orleans to Sheffield with a set of infectious jazz and funk, while R&B, soul and reggae are provided by the legendary Don Letts.

Fans of indie, rock and hip-hop will find tons to check out on Devonshire Green, with sets from New York-based We Are Scientists, Mersey five-piece The Coral, and hip-hop royalty The Pharcyde, who arrive in Sheffield 20 years after the release of the timeless ‘Bizarre Ride II’. Devonshire Green is also the place to discover emerging talent with performances from rising scuzz-rock band Cabbage, the dynamic Welsh outfit Estrons, alt-R&B from Bossy Love and indie band Fizzy Blood.

Meanwhile, the Folk Forest, the ever-popular third stage at Tramlines, is located in the beautiful setting of Endcliffe Park. Its relaxed atmosphere and woodland location is not only the perfect escape from the hustle and bustle of the city centre, but the ideal backdrop to witness performances in world music, alt-pop, folk, jazz and more. Highlight performances come from Syrian musician Omar Souleyman, alt-pop artist Cate Le Bon, progressive-pop trio Blaenavon, the experimental Yorkston Thorne Khan, Rough Trade signings Goat Girl and much more.

The decision to tweak the format of Tramlines 2017 came in response to event organisers listening to feedback from its festival goers. Tramlines Festival Director Sarah Nulty explains:

“After each festival, we turn to our audience to find out what they’d like to see at the next event. The overwhelming feedback was that people wanted to see bigger acts on the Tramlines stages. By streamlining Tramlines to three outdoor stages, it’s meant we could deliver something really special. Sheffield is often hailed as an 'Outdoor City', and has a ton of public parks, and a third of it sits within the glorious Peak District National Park. It is the UK's leading destination for people seeking outdoor adventure, and we are excited to present an exclusively outdoor event for 2017.”

Earlybird and first release tickets for Tramlines Festival 2017 sold out in record time, but second release weekend tickets are now on sale for just  £38 plus booking fee.

Published on 06 February 2017 by Wayne Feltham