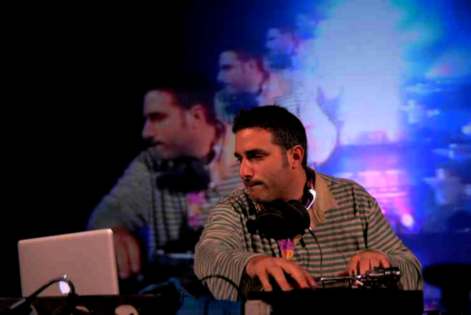 Relentless Boardmasters have announced 30+ more acts to add to the already bursting line-up this August including DJ Yoda and Krafty Kuts.

Hip Hop turntablist legend DJ Yoda will be headlining the Relentless stage on Friday 12th August. The brand new Tuaca Point stage will be headed up by electronic producers Krafty Kuts on the Friday and Jaguar Skills on Saturday 13th.
There are over 30 more acts to be included alongside the latest release of DJs, including Aussie Indie Rockers Cloud Control, British dub heros Gentleman’s Dub Club, and the ironically named American hardcore band Gay for Johnny Depp. The indie rockers Art Brut will be playing their classic art wave rock on the Relentless stage, along with King Charles, the London based psychedelic rocker who never fails to disappoint with his electric mix of style and musical flair.
Adding to the impressive list of electronic, breakbeat and dance DJs; Stanton Warriors and Freestylers will be joining the Tuaca Point Stage line-up and will keep the revellers dancing until the early hours.
Duncan Beiny aka DJ Yoda has been leading the world of hip hop turntablism in the UK since breaking into the scene in 2001; winning the coveted DMC DJ championships. His classic ‘How to cut and paste’ records have been the staple for any budding turntablist and his tunes have been heard the world over with their funky, cartoonish style.
Krafty Kuts otherwise known as Martin Reeves will be joining the impressive line-up of electronic producers on the Tuaca Point stage. His breakbeat and dance music tracks have become as popular as the man himself, who has been voted ‘Best DJ’ for 3 years running (DJ magazine poll). Along with awards winning albums and iphone apps- Krafty Kuts has been heard in Coca Cola adverts and even immortalised on Playstation. See the man in action Saturday 13th August.
With his alterego ninja in tow, Jaguar Skills will be playing to the crowd at the Tuaca Point stage on Saturday 13th August. Having gained huge notoriety through his Radio 1 show and his eclectic mixtapes like ‘Mash it up Y.B,’ the secret DJ who always wears his ninja outfit in public will be delivering the ultimate samurai experience for the ears.
The Relentless Boardmasters, as a celebration of 30 years of surfing at Fistral Beach the event has upgraded its Men’s ASP surf event to a 6 star event which will bring the best up and coming surfers on the planet. This year the event is running a week later, avoiding clashes with other high profile events across the World.