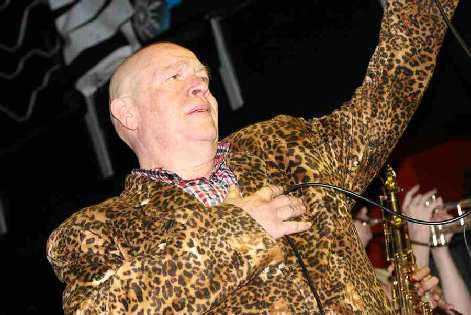 Boomtown have bagged ska legends Bad Manners for a 2011 UK exclusive show at this summer’s festival! Whilst Boomtown organisers are revelling in the afterglow of two sell out, bass thumping, ska jumping festival warm up shows in Bristol and London; the Boomtown express is gathering speed with the announcement of ska heavyweights, Bad Manners confirmed as the Saturday night headliners.

Ever since the conception of Boomtown, it has been on the town’s agenda to get the unofficial town councillors, Bad Manners to perform at the show. After years of town planning & proposals; Boomtown can now shout from the roof tops that the big, bald, Bad Manners will take to the helm of good ship Boomtown on Saturday night!
Bad Manners formed in 1976 while the members were at school together and are fronted by Buster Bloodvessel.   They were popular during the late 1970s and early 1980s, a period when lots of similar ska bands filled the charts. Some of their hits include "My Girl Lollipop", "Lip Up Fatty"," Ne Ne Na Na Na Na Nu Nu", "Special Brew" , " Lorraine " and " Just A Feeling". Buster saw to it that Bad Manners name went down in the ska history books with his outlandish, larger-than-life, huge tongued & shaven-headed iconic presence! They were also banned from Italian TV when Buster had decided after a particularly successful concert that he should moon the crowd, having been told that the Pope was watching on TV! This is a band that well and truly lives up to their name and reputation.
Bad Manners will be joining an already chock-a-block line up of some of the best, ska, reggae, gypsy, Balkan, jungle, drum and bass and much, much more! With the likes of Gogol Bordello, Babylon Circus, Capleton, Barrington Levy, DJ Zinc and Toddla T making up just a few names on the huge cross-section of stages, Boomtown really is an eclectic, beat heavy, spectrum of genres with something for everyone.
Don't miss out on the best 4 days and nights of unadulterated fun spread out over 22 inventive stages and areas in a perfect setting!