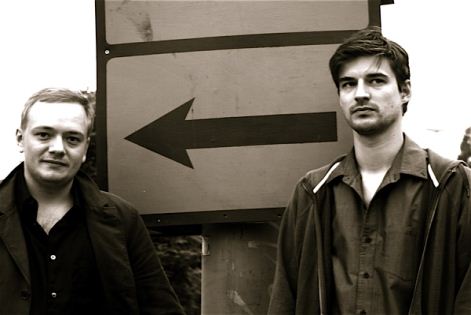 Having announced in December that they’d be returning in 2013, Gottwood Festival have been busy curating a lineup that brings together a whole host of underground talent

Gottwood can now reveal the full lineup of forward-thinking electronic music, on-point hosts and inspirational art installations that will be coming to the fairytale woodland it calls home.
Techno powerhouse Traum, along with Nottingham label and Stealth regular Wigflex will be bringing a little ‘German’ to proceedings. The Traum artists very rarely gather en mass in the UK and with Extrawelt (live) headlining the stage they will be delivering nothing less than the minimal, sleazy and progressive sounds the label have become renowned for.
Traum also bring Ryan Davis (live), Microtrauma (live) and Van Did (live) to the party. Joining the ranks of Gottwood Festival as a host is Bristol and London club brand Futureboogie. Internationally renowned for the Futureboogie parties, radio shows and as a management and booking agency, Futureboogie is a big addition, and they bring with them Crazy P, Futureboogie DJs, as well as Christophe for a mix of deep house, disco and soul.
Renowned and celebrated house and techno connoisseurs Hypercolour return this year with the pioneering veteran – and Aphex Twin collaborator Luke Vibert – Tom Demac (live), Bareskin, Alex Jones and Cedric Maison will also be joining the Bristol crew. Louche, one of the UK’s most hyped club brands, straight outta Leeds, return to Gottwood for their third year with Move D, Brinsley Kazak and Josh T and London’s underground house heads Tief go deep, with Bicep, Wolf Music, KRL and Hesseltime on the lineup.
Newcastle promoter and podcast supremos Jaunt bring the head honcho of Hessel Audio and man of the moment Ben UFO, and Manchester’s bass heads Hit&Run flex with Marcus Intalex, Chimpo and Strategy.
With parties in London, Leeds and Nottingham, Apogee bring up the underground with Amsterdam’s Detroit Swindle (live) and Cera Alba; Eton Messy take Gottwood along a bass trip with Maribou State, Real Nice & E.T.A present Waze & Odyssey and strictly vinyl UK house and bass label Nixwax host Joonipah and Kris Le Vay.
Gottwood themselves have asked 2 Bad Mice, the early 1990s jungle pioneers to come down as well as the hip hop tinted band The Scribes, and deep-rooted reggae crew General Roots to top off the live bill.
This year’s event is set to be the most diverse yet, with th Gottwood team having spent endless hours hand selecting the fastest rising stars of the underground as well as the more established veterans of the scene. Expect a bumpy, vibrant and genre-bending ride as Gottwood Festival provides their take on an electronic music education!
Returning for its fourth year, Gottwood Festival kicks off the summer solstice on June 20-23. If you’re looking for something a little off centre, something to make you move, and something that you wont forget in a rush, this is it.
This small, boutique and wholly independent electronic music festival – set within the deepest darkest depths of the Welsh woodland, and next to the sandy beaches of the Irish Sea – provides the ultimate alternative festival experience.
Working with some of the most innovative and interesting names in electronic music, Gottwood Festival strives to ensure its lineup ticks all the boxes for even the most discerning club heads.
Gottwood Festival comes to you from a location like no other place you will have been. It’s like something out of a fairytale, or your most lucid dream – the area has even been described by Lonely Planet as the ’Greatest Region On The Earth 2012’. That’s how special it is.

Published on 01 February 2013 by Wayne Feltham