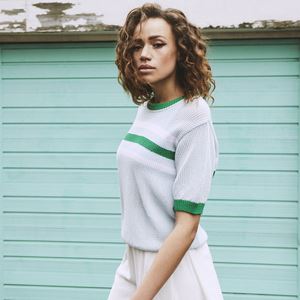 There are 6 artists named Jones:
1. Singaporean singer
2. Baltimore rapper
3. Pseudonym for the artist also known as Thought Jones
4. Hip Hop artist from Frederick, MD.
5. Swiss soul singer
6. Rapper, singer and producer from Florida
7. Musician from the UK
8. Trevor Jones - singer/songwriter for Miracle Mile
1. Jones Shi (石康軍, Shi Kang Jun) is a rising Singaporean artist whose music can best be described as soft rock or rock/pop. Offical HP: http://avex.com.tw/jones
------------------------------
2. Jones is a rap artist from Baltimore, MD. (http://jonesrecordings.com)
------------------------------
3. Jones is also a name used by the artist Thought Jones to record ambient soundscapes, musique concrète compositions and electro-acoustic productions focusing on esoteric and mystical ideations.www.tathagata.us
------------------------------
4. Jones is also a hip-hop artist from Frederick, MD. http://www.myspace.com/justplainjones
------------------------------
5. Jones is also a soul singer and producer from Bern, Switzerland
http://www.jonesmusic.ch
------------------------------
6. Inspired by Hip hop and R&B, but Influenced by his Jamaican Background, Twenty two year old rapper/singer/producer JONES does a really good job at fusing the genres. He resides in Tampa, FL and awhile back released a project entitled, The Juice that I feel you will thoroughly enjoy.
------------------------------
7. Singer and musician, dark sounding electronic music. jonesmusic.uk.com
-------------------------------
8. Jones – To The Bone
by MIKE DAVIES on 11 JUNE, 2014
in FOLK | ROOTS | AMERICANA ALBUM REVIEWS
Under both his solo soubriquet and as Miracle Mile, erstwhile teacher singer-songwriter Trevor Jones has a thing for break-up albums. Loss and the collapse of a relationship anchored both of his band’s last two releases and was a constant presence on his two previous solo albums. The same applies here on To The Bone, a collection of songs born of what he calls “a period of instability”, the lyrical content ranging between bewilderment, resigned acceptance, regret, reflection, longing and hope, the songs couched in uncluttered, simple arrangements, inspired by Paul Buchanan’s Mid-Air and pared “back to the bone” (the writing process and the therapeutic nature of silence documented in the part-spoken Cabin Fever) to mirror the rawness of the emotions.
As ever, he’s joined by regular contributor Melvin Duffy on pedal steel and dobro as well as Miracle Mile partner Marcus Cliffe, who shares production and arrangement credits as well as playing everything else save acoustic guitar. For those familiar with Jones’ work, it’ll come as no surprise to hear it’s hushed and melancholic, his gift for folk and country shaded melody and open-heart lyrics undimmed, his soft, dusty tones variously evocative of Martyn Joseph, Ricky Ross. Paddy McAloon and the more wistful side of Costello. For those yet to discover him, these are just some of the pleasures in store.
“Hand on heart, I never saw this coming,” he sings on the opening lines of the album’s bitter-sweet first track, Phil the Hat, a nostalgic reflection on friendship as he adds “let’s raise a glass to our younger selves, remembering how it used to be” and sets the tone for what follows. Both etched out on piano, in the achingly tender Dream Horses memories provide both solace and hurt while the descending scales of Pardon Me addresses the confusion of being blindsided as he replays every detail of “the how and the where and the when”.
Underpinned by pedal steel, bells and a shuffling rhythm, Some Kind of Surrender kicks up the tempo slightly, the seeming rapprochement of “I reach out to you, reaching back to me” offset by “we wave ourselves goodbye”.
The mood oscillates throughout; on the drone-backed Books To Bed he sings “we could discuss every word that we’ve read or we could just make love” while the yearningly brief Man Behind The Moon details those telling signs (“there’s something in the way you worry with your hair”) of a fracturing relationship whereas Fireworks celebrates the hopes and dreams that light up the grey skies as he defiantly sings “I’m done with defeat, let the victories begin”.
Elsewhere, Lucinda Drayton adds vocals to the soulful Angelicana, an Americana-shaded number about a restless spirit featuring slide guitar and, perhaps, a passing hint of Just My Imagination, Glimpsed And Gone is a piano instrumental behind which can be heard the sound of a police siren and the title track features the sort of Celtic choral chorus to have the crowd swaying with their scarves on the terraces of Bruised Romantics Utd.
Having weathered the storm, the album closes on a hopeful note with light peering through the clouds; Jones singing “I will walk beside you and you will know I’m there and I will touch you gently to comfort your despair” to a backdrop of keening pedal steel on the devotional Somewhere North Of Here and, on slow waltz Row, “I knew from the moment I saw you, that you were my forever girl…will you be sailing away or …row row row the boat gently back to me” before the piano notes fade soothingly away to the sound of distant female laughter and the heart lives to beat another day.