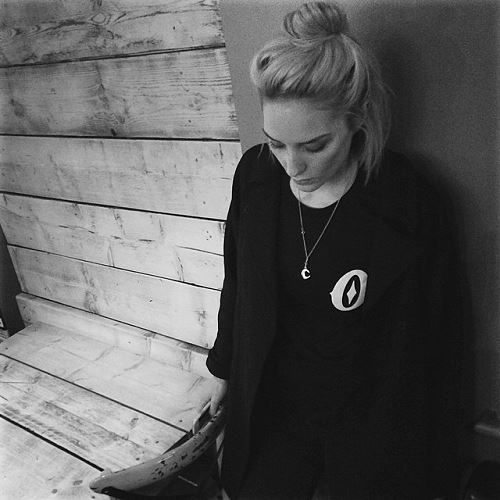 1. Lauren Henson (born 28 July 1987 in Nottingham, UK), better known by her stage name Indiana, is a British singer-songwriter. She is best known for her 2014 single "Solo Dancing", which reached the top 15 in the UK.
Indiana grew an interest in writing her own music when she took possession of her mother's piano, and began to teach herself how to play it over time. Initially, she covered songs using chords found online, uploading several of these to YouTube. Her cover of Joe Goddard's "Gabriel" was noticed by one of the song's co-writers, John Beck, who was impressed by the quality of her performance. The two later attended a studio session together, where the track "Blind As I Am" - which became her debut single - came to fruition.
At the beginning of 2012, Indiana began to upload her original tracks to BBC Introducing, a programme by the BBC that allows unsigned artists to receive airplay on BBC Radio 1. "Blind As I Am" was noticed by presenter Huw Stephens and was played on the station, which led to a number of record contract offers from EMI and Sony Music; she eventually signed with the latter in May 2012.
A number of singles were released, namely "Mess Around", "Bound" and "Smoking Gun" - the latter of these being released with an accompanying EP featuring three additional tracks.
Indiana received her major breakthrough with the release of the uptempo "Solo Dancing"; it reached the B-list at BBC Radio 1, and charted at #9, #14 and #85 in Scotland, the UK and Ireland respectively. Her debut album, "No Romeo", and its second official single, "Heart on Fire", were announced in July 2014. The song did reach the A-list at Radio 1, but underperformed on the charts, only reaching #89 in the UK - this led to the parent album facing a number of pushbacks.
A third single, "Only the Lonely", was announced in November with a music video debuting shortly after - however, the release was cancelled in favour of a re-release of "Solo Dancing". The single outpeaked its previous performance on the BBC Radio 1 playlist, making it to the A-list. Her debut album "No Romeo" was released on February 2nd. While it was originally set for a September release, the date was changed to late October, followed by a number of dates in January 2015 with the label eventually settling on a February release.
2. Indiana is an Italian dance act produced by Alex Bertagnini, Ciro Pisano, Nicoletta Merletti, and Vito Ulivi.
They released the singles "All I Need Is Love".
Ricky Mazzamauro, and Roby Colella took the project and recorded the hits “Together Again”, “Tears On My Face” and “I Wanna Be Loved”.
3. Indiana is a Fremantle, Australia based band have been playing their blues infused rock and roll around the state for 18 months. Formed from a strong friendship and plenty of beers, the band consists of the musicians Marty Thompson (Vocals, Guitars), Steve Jenkins (Bass Guitars, Vocals) and Shaun Tuia (Drums, Vocals).
4. Indiana was also the name of a US indie rock / emo band who existed in the mid-late 1990s, appearing on the First Crush Compilation (featuring contemporaries such as Jimmy Eat World, At the Drive-In, Mineral and Still Life) and A Compilation for Heroes. Unfortunately, the band broke up prior to releasing any other material.