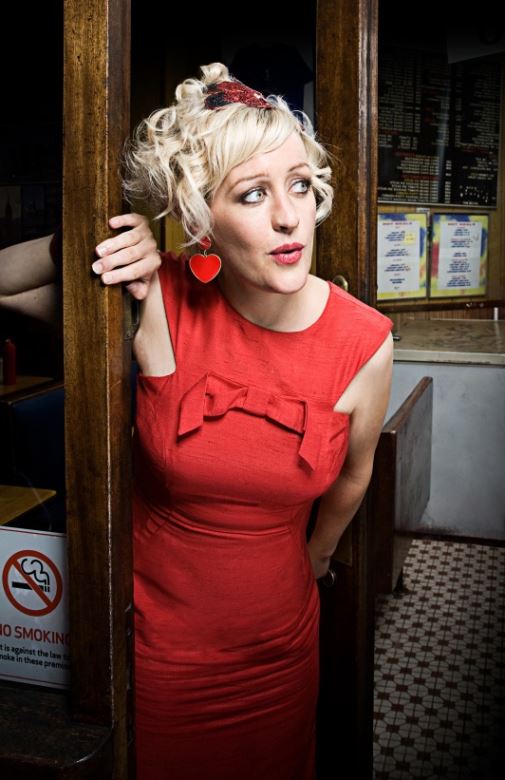 Alice Russell (b. 1975) is a British soul singer.
She is the daughter of an organist, and grew up in Framlingham in Suffolk. At the age of nine, following in her father's and sisters' musical footsteps, Russell began taking lessons on cello, and sang in choirs, before studying art and music in Brighton from 1994.
As well as the classical influences of her father, and formal music lessons, Russell listened to gospel music and soul artists such as Stevie Wonder and Aretha Franklin from an early age, which played a big part in the shaping of her style. Other artists such as Minnie Ripperton, Eva Cassidy, Chaka Khan, and Jill Scott are listed by Russell as influences.
She began making a name for herself in the early 2000s, contributing to recordings by Bah Samba, Quantic, TM Juke, Kushti and Nostalgia 77. Her work with Bah Samba sees Russell fusing Latin sounds with tinges of house, jazz and funk, whereas her material with the band Kushti involved a more laid back, hip-hop and soul inspired sound. Her debut album, Under the Munka Moon (2004), was an amalgamation of various singles, remixes, and collaborations.
It was followed by My Favourite Letters in 2005, her debut studio album, created in collaboration with co-writer, producer, and guitarist Alex Cowan (a.k.a. TM Juke). Her third release, Under the Munka Moon II (2006), compiled her most recent collaborations, remixes, and cover versions, including her popular interpretation of The White Stripes' Seven Nation Army. The Alice Russell – Live in Paris DVD also came out in 2006.
Russell and TM Juke have been touring together since 2006 in the U.K, Europe, Australia, the U.S., and other countries. In summer 2006, Grant Marshall (a.k.a. Daddy G of Massive Attack) asked Russell to play the main stage at The Big Chill music festival. Russell has also supported Lonnie Liston Smith, Femi Kuti and De La Soul, and has appeared on the bill with Amy Winehouse for the British showcase at the Midem Music Conference in Cannes 2007.