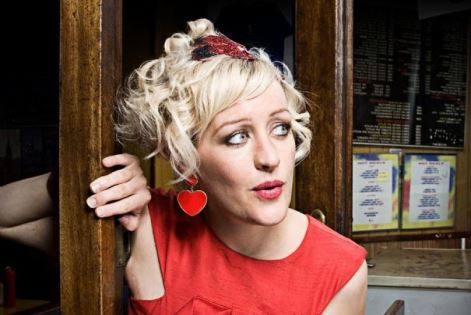 The wraps are off, the news is out. WOMAD Charlton Park 2014 is primed and ready for action – and these are the first artists heading to a country estate in deepest Wiltshire come late July.

After she was forced to pull out from last year’s event, WOMAD are delighted to announce that Alice Russell, one of the UK’s greatest soul singers of this – or any other – time, will be treading the festival’s boards this summer, offering an excellent opportunity to witness a woman whose vocal range is matched by the gamut of emotions that underpin her performances. Also from these shores, Nitin Sawhney ONEZERO is the live incarnation of the polymath’s ONEZERO album, a cut-straight-to-vinyl retrospective that revisited key moments from his extensive back catalogue.
Jetting in from the other side of the planet are evergreen WOMAD favourites Fat Freddy’s Drop, the seven-piece New Zealand crew whose heady brew of dub and soul (plus a smidgeon of techno) never fails to fire the festival vibe. Another multi-membered band flying in – albeit from the somewhat closer Balkans – is Goran Bregovic whose Wedding & Funeral Orchestra marry their leader’s rock-star past with the exuberance of the gypsy brass band tradition.
Africa, of course, is always well represented at WOMAD – and Mali, in particular. Bassekou Kouyate and Ngoni ba represent the musically rich country this year. Having graduated from Toumani Diabate’s band to become a star in his own right, Bassekou is the world’s most celebrated player of the ngoni, the ancient harp lute of West Africa. From the other side of the continent comes the mighty Mulatu Astatke. If you’ve ever cupped an ear in the direction of the Ethiopiques reissue series (or to the soundtrack of Jim Jarmusch’s Broken Flowers), you’ll be familiar with this bandleader/composer’s lithe and sensual Ethio-jazz. Mulatu’s performance promises to be a very special one indeed.
Another venerable elder statesman from the top table of African music makes a hugely welcome return to the WOMAD stage when Oliver Mtukudzi – and his excellent band The Black Spirits – remind us of what a joyful sound those shimmering Zimbabwean guitars can be. Also returning to Charlton Park is the Norwegian singer Mari Boine who melds elements of folk, rock and jazz to joik, the traditional music of her Sami homeland. Mari’s records have previously been released on the Real World label, WOMAD’s sister organisation; new Real World signings The Gloaming are also Wiltshire-bound, a five-strong folk super-group that, in the words of The New Yorker, “moves the music of Ireland in captivating new directions”.
Once again, this summer’s festival includes some intriguing new, transnational collaborations. These include the mouthwatering partnership between Cuban pianist Roberto Fonseca and Malian songbird Fatoumata Diawara that aims to explore shared traditions, despite their respective homelands being divided by the Atlantic Ocean. Another attractive teaming-up features former Carolina Chocolate Drops songster Dom Flemons and Martin Simpson, one of the finest folk and blues guitarists these shores have ever produced. Both are impeccable players, making this collaboration a must-see.