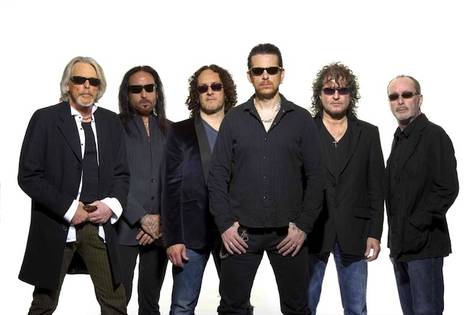 London Feis has announced Irish legends Thin Lizzy, fronted by Ricky Warwick of The Almighty and reggae impresario Jimmy Cliff will play on Sunday 19th June, whilst The Gaslight Anthem will play on the Saturday.

The festival has also confirmed Paul Brady, Eddi Reader, Hothouse Flowers and Cry Before Dawn for the Sunday and Irish indie group The Coronas for the Saturday.

The Irish music festival, which celebrates 21 years of the best Irish and international music in Finsbury Park, will see an exclusive UK performance by Bob Dylan on Saturday and Van Morrison will be headlining the Sunday. There is also an exclusive appearance from the newly reformed Irish rock band The Cranberries.

Vince Power, founder of the Mean Fiddler Group has hosted some of the biggest names in Irish and international music and the London Feis will be a celebration of some of the acts Vince has worked with over the years.

Festival boss Vince Power said: “It’s great to announce even more acts across the two days and it’s fantastic to have an act of Thin Lizzy’s calibre on the bill. This year’s Feis is set to be an unforgettable experience.”

The festival will see the best Irish and international music has to offer on multiple stages at London’s Finsbury Park.